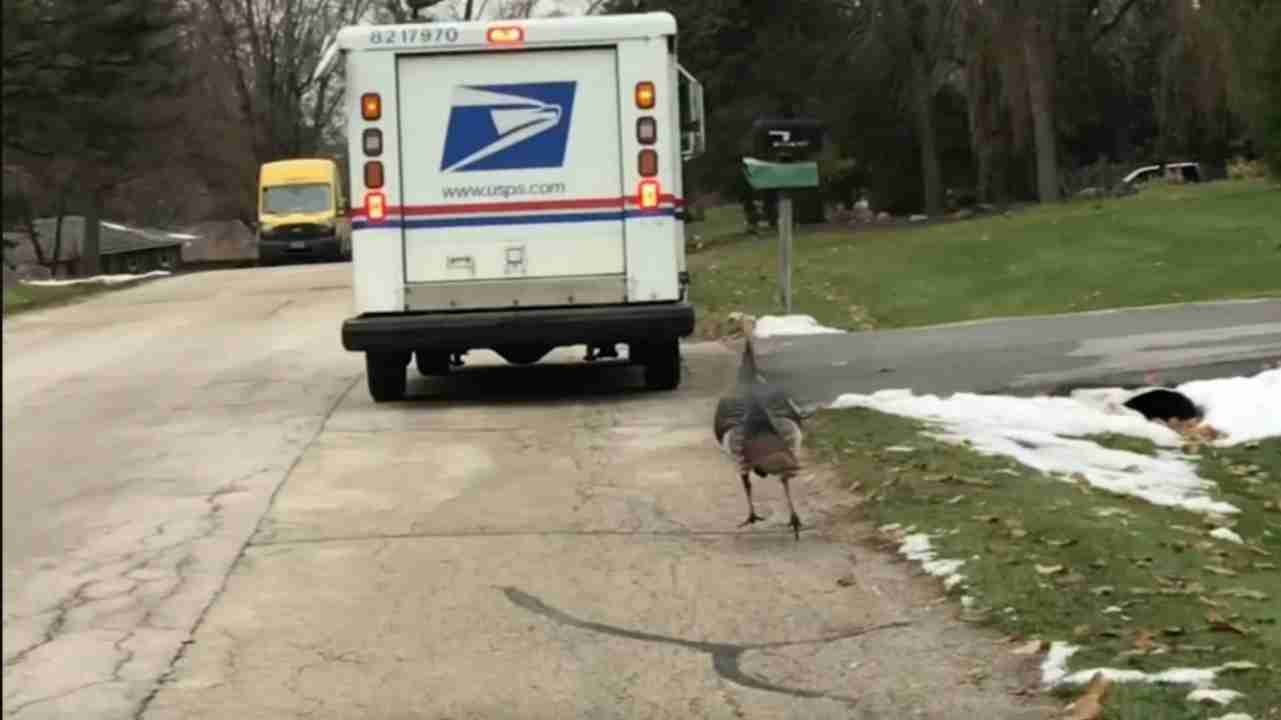 After a bizarre period of hostilities between some very large turkeys and “terrorized” postal workers in the California community of Arden-Arcade, a bird was reportedly beaten to death at the hands of a mail carrier. And now we may know why.

An investigative story from the Sacramento Bee, published just in time for Thanksgiving, reveals the dark machinations of a community’s murderous vendetta against a seemingly vindictive gang of birds.

The story reveals it started in the fall of 2021, when complaints started trickling in to the California Department of Fish and Wildlife about a gang of aggressive turkeys targeting mail workers in the Sacramento suburb. The U.S. Postal Service reported at the time that mail carriers were being jumped on and physically attacked by the birds.

The CDFW documents obtained by the Sac Bee report that “by mid-October it was evident that the birds were not responding to normal ‘shooing away’ and one of the mail carriers was injured on his hand.” Postal workers reportedly tried to fight back by swinging mailbags and using pepper spray on the birds.