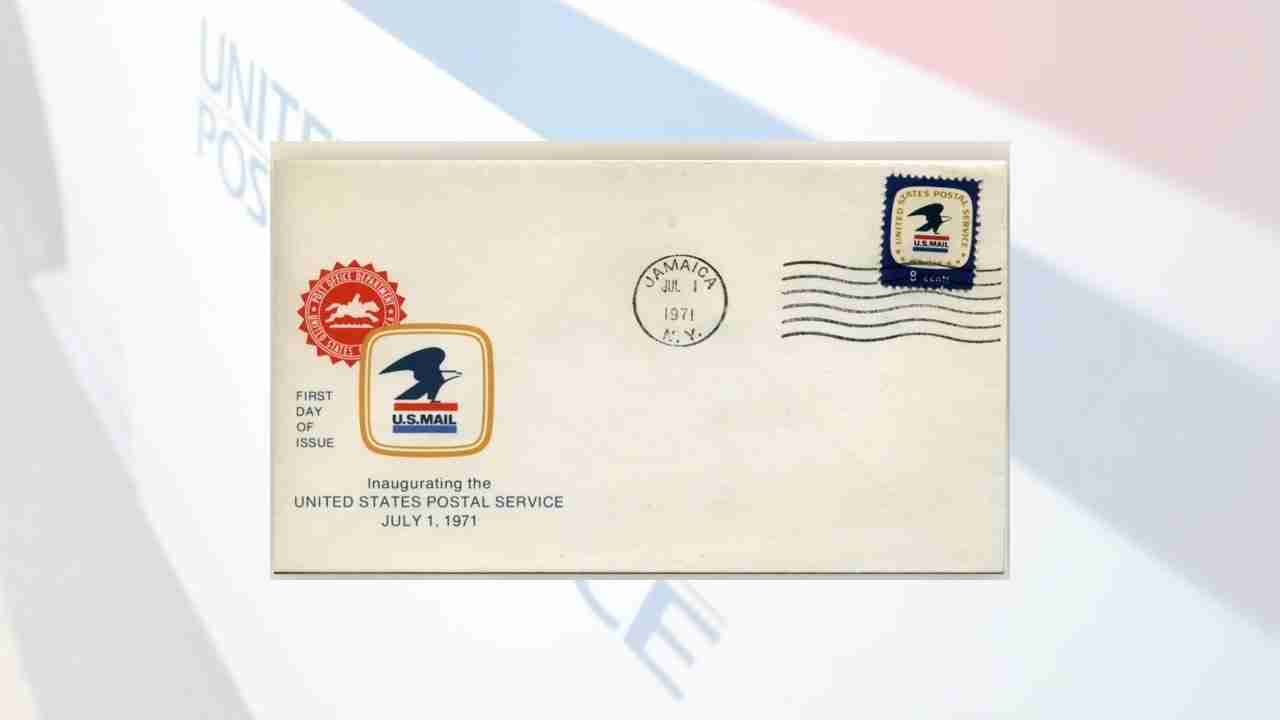 President Richard M. Nixon declared the day “National Postal Service Day,” an occasion to recognize “the contributions made through the years by the men and women of the Post Office who have served the nation so faithfully and to mark the inauguration of the United States Postal Service.”

An 8-cent stamp was issued with the organization’s new seal of an eagle taking wing, and special souvenir envelopes were handed out.

In Las Cruces, NM, customers were serenaded by mariachis. In Brown County, TX, a fiddle and guitar brought a country twist to the proceedings and in Naugatuck, CT, a bugler tapped out “To the Colors.” Across the nation, local Post Office bands heralded the new era with fanfare.

In Washington, DC, the U.S. Air Force Singing Sergeants kicked off the inaugural ceremony, officiated by Postmaster General Winton Blount and telecast to the Postal Service’s five regional offices. The U.S. Army Combo performed for an evening reception at headquarters, which featured enough food to feed more than 3,000 employees, spouses and guests.

And what’s a celebration without a little sprucing up? The week of June 21-27 was declared “Postal Clean-Up Week,” when offices and stations around the nation gussied up their lobbies, the better to display “These Are the People Who Are the U.S. Postal Service,” a photographic exhibit sent to all Postmasters nationwide.

Larger Post Offices also screened “More and Louder,” an 11-minute film that addressed public perceptions of the Postal Service and included an animated section on U.S. postal history from the Colonial era to the Space Age.

Considering the difficult labor that preceded the Postal Service’s birth, the fanfare was fitting.

The Postal Reorganization Act, signed by Nixon on Aug. 12, 1970, was the most comprehensive postal reform since the nation’s founding. It was the direct result of a wildcat strike by New York City letter carriers in March 1970 that sparked sister strikes across the United States.

“The first and largest walkout ever against the Federal Government,” according to the Smithsonian National Postal Museum, with more than 200,000 reportedly taking part.

The act did away with the U.S. Post Office Department, a taxpayer-supported, Cabinet-level arm of government, and created a unique hybrid entity: a federal agency that was not supported with tax dollars and was in many ways a business, albeit one designed to break even rather than earn a profit.

The result was a little something for everyone: The new organization embodied one of the major postal reforms urged by a 1968 presidential commission — that the U.S. Mail become more like a business — and workers enjoyed the largest raise in postal history, as well as the right to collectively bargain.

The usps.com Postal History page has a detailed retrospective of National Postal Service Day. Share your feedback at uspslink@usps.gov.