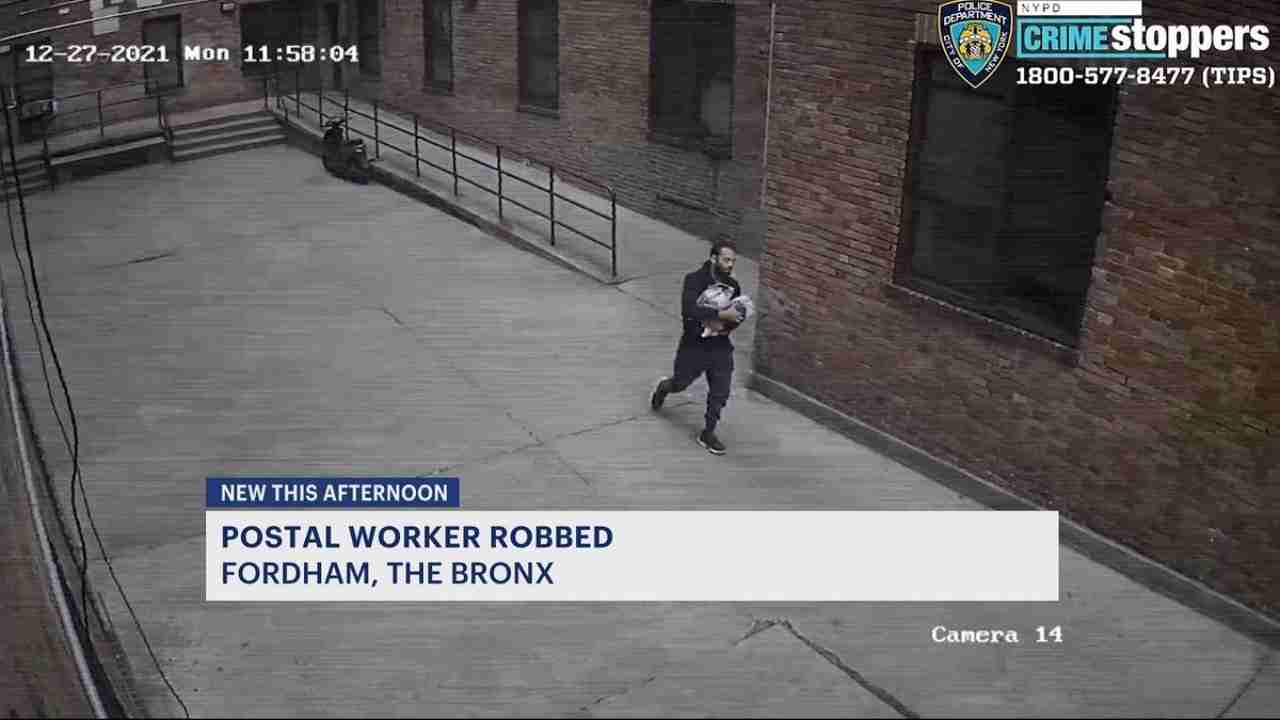 A suspect accused of threatening and robbing an on-duty postal worker in the Fordham section of the Bronx Monday is on the loose, according to police.
Police say the suspect went up to the 43-year-old victim on the Grand Concourse while he was delivering mail. The suspect allegedly threatened to shoot the postal worker and then stole some of the mail he was carrying.
The victim was not injured.
Anyone with information is asked to contact police.