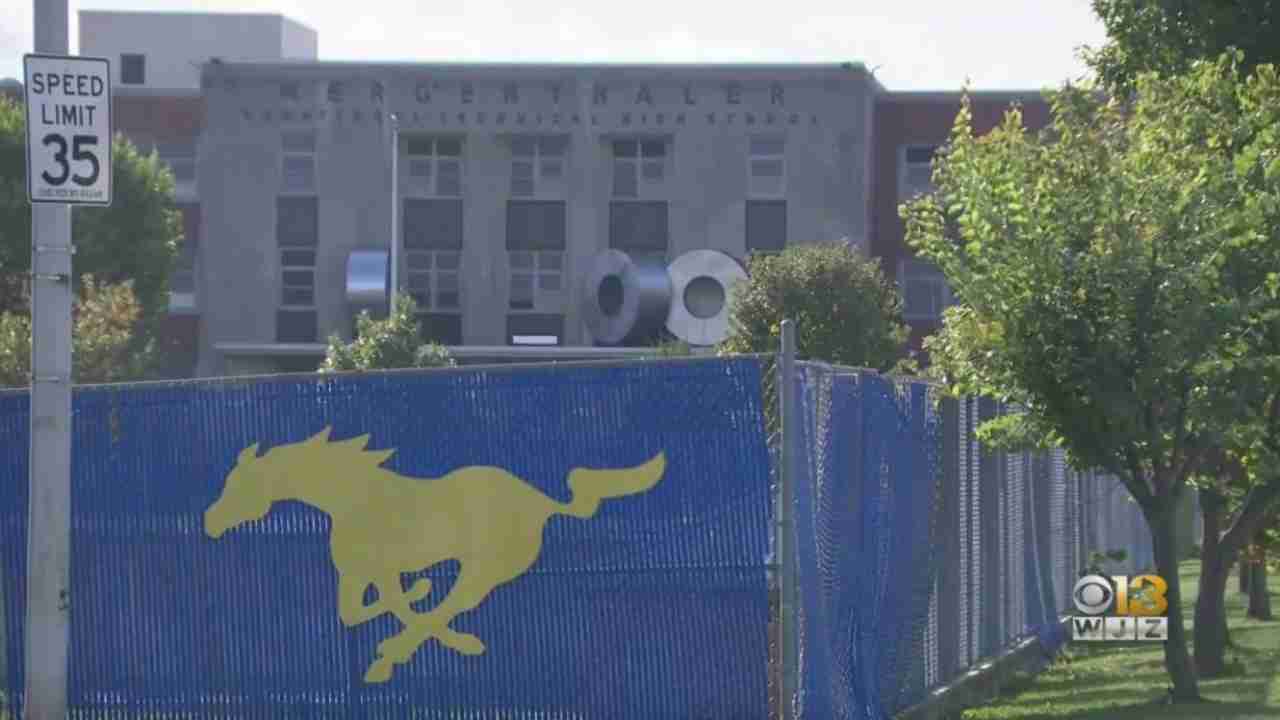 Baltimore City Public Schools confirmed a student argued with another Thursday. Then, she let a parent inside the school, through an unauthorized door. After that, things turned physical.

In the video, you can see a woman who appears to be wearing pants that belong to a postal worker’s uniform

Parents and students told WJZ they heard the parent was a postal worker.

“Two of our freshmen…fighting about something,” said McKai, a senior at Mervo. “It was one parent that came to the school. The mail woman came in.”

McKai said he was in class but heard the commotion and could see students running.

“Running down the hallway to go to the second floor to watch the fight or try to stop it,” McKai said.

That parent, who has not been identified by police, was taken into custody on assault charges. The students have also been disciplined, according to school officials.

#BREAKING:@BaltCitySchools confirms the fight you see below happened at Mervo HS Thursday…involving students and 1 parent (arrested on assault charges)

Families tell @wjz the parent is a postal worker