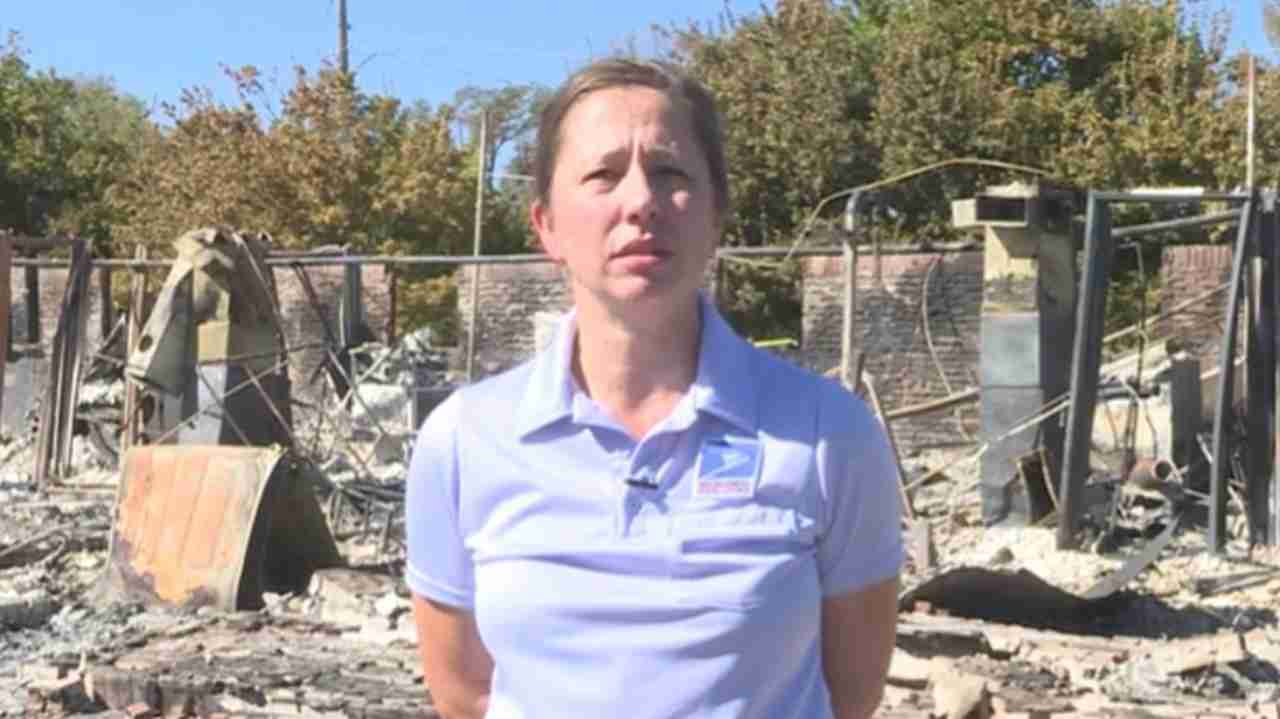 KINGMAN, Kan. (KWCH) – People lost their homes and valuables, but nobody died in a weekend fire that destroyed the Eagle Acres Apartment Complex in Kingman. A postal carrier is credited for keeping the death count at zero after knocking on residents’ windows to alert them of the fire.

Linsey Goodale was supposed to drop off Saturday’s mail. The job took a back seat to saving lives.

“She saw the fire, she jumped out of her truck and started at the end where the fire was and knocked on everyone’s door,” said Peggy Culver whose sister was among the residents Goodale alerted.

Goodale, the woman now being called a hero, said her Saturday started like any other morning shift. But when she arrived at the Eagle Acres Apartment Complex a little after 8 a.m., she knew something seemed off.

“My first indication was, at the peak of the roof, just little waves of smoke coming out,” Goodale said.

Initially, she said she thought someone was barbecuing. Then, instinct took over.

“I realized that nobody is barbecuing at 8 a.m., so then I took out my phone, called 911 and started banging on windows,” Goodale said.

She said on Saturday, she showed up 15 minutes earlier than she usually does. That ultimately could’ve meant the difference between life and death for some.