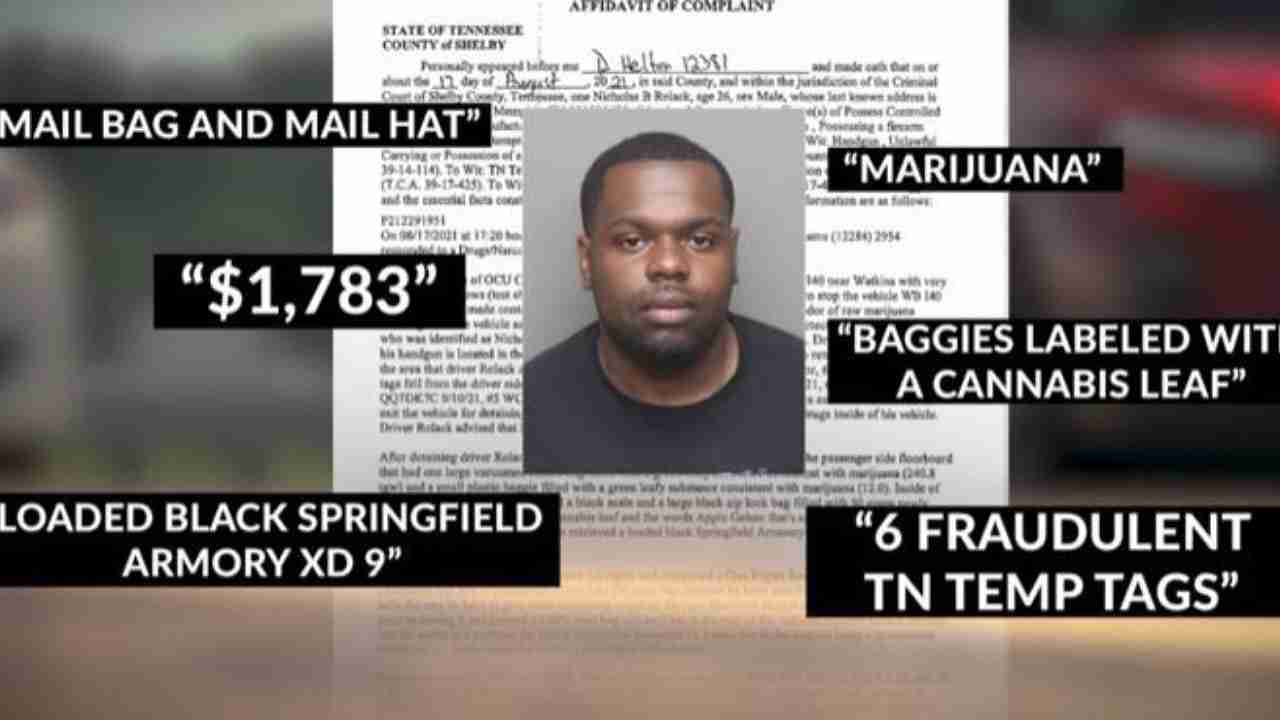 Police pulled over Nikolas Rolack — a U.S. postman off-duty in his personal car — and found his mail bag and hat, marijuana, $1,700 in cash, a scale, “baggies labeled with a cannabis leaf,” a loaded gun and six fraudulent temporary tags.

The USPS says it’s aware of the matter and is investigating further.

Rolack reportedly told police he had the tags because he buys cars from online auctions, and “when he sells the cars, he has to give them something to put on the cars.”

Watson says the tags are being sold in social circles, on social media and even on the street corner.