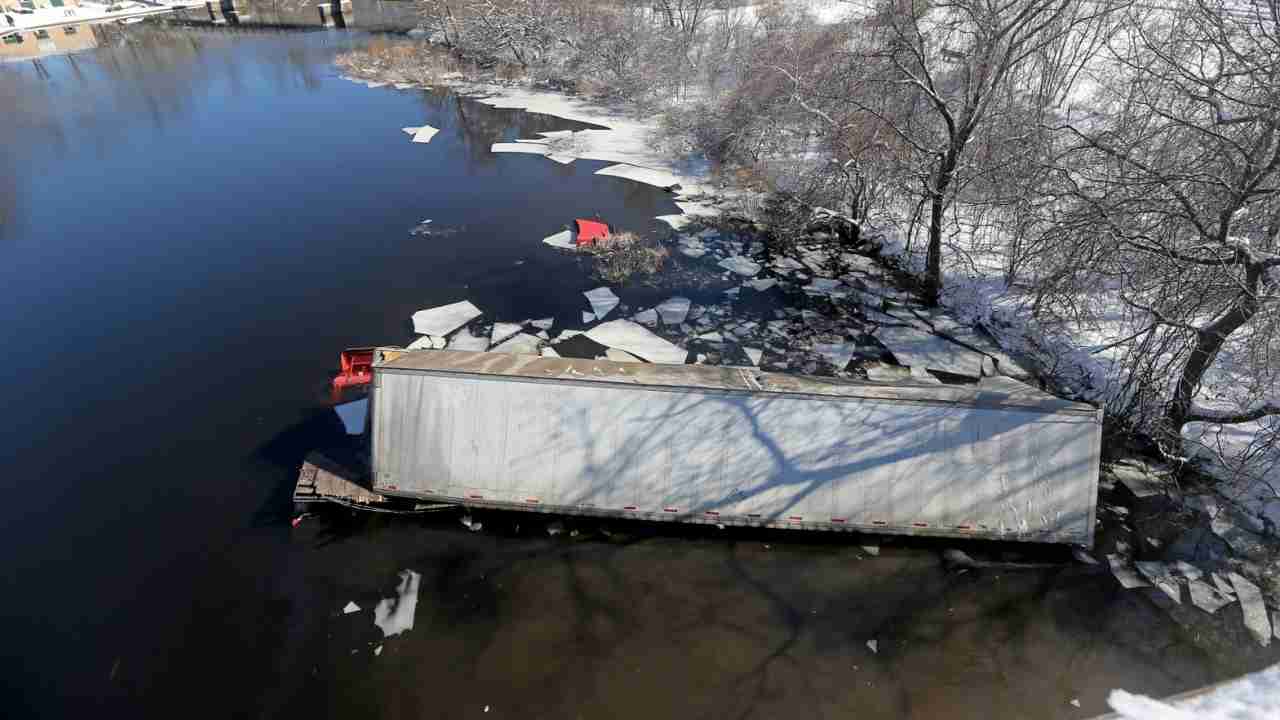 A tractor-trailer carrying mail plunged into the Charles River west of Boston, leaving the driver clambering to the top of the cab to avoid injury, authorities said.

“The accident is currently under investigation by the Postal Inspection Service and state and local authorities,” said Stephen Doherty, a spokesman for the U.S. Postal Service. “The disposition of any mail on board will be determined by Postal Inspectors once their investigation is completed.”

According to tweets posted throughout the early afternoon by those three agencies, the truck went off the road shortly before noon Saturday from an exit off Interstate 95 north toward the Massachusetts Turnpike and Route 30. MassDOT later indicated it was Exit 39.