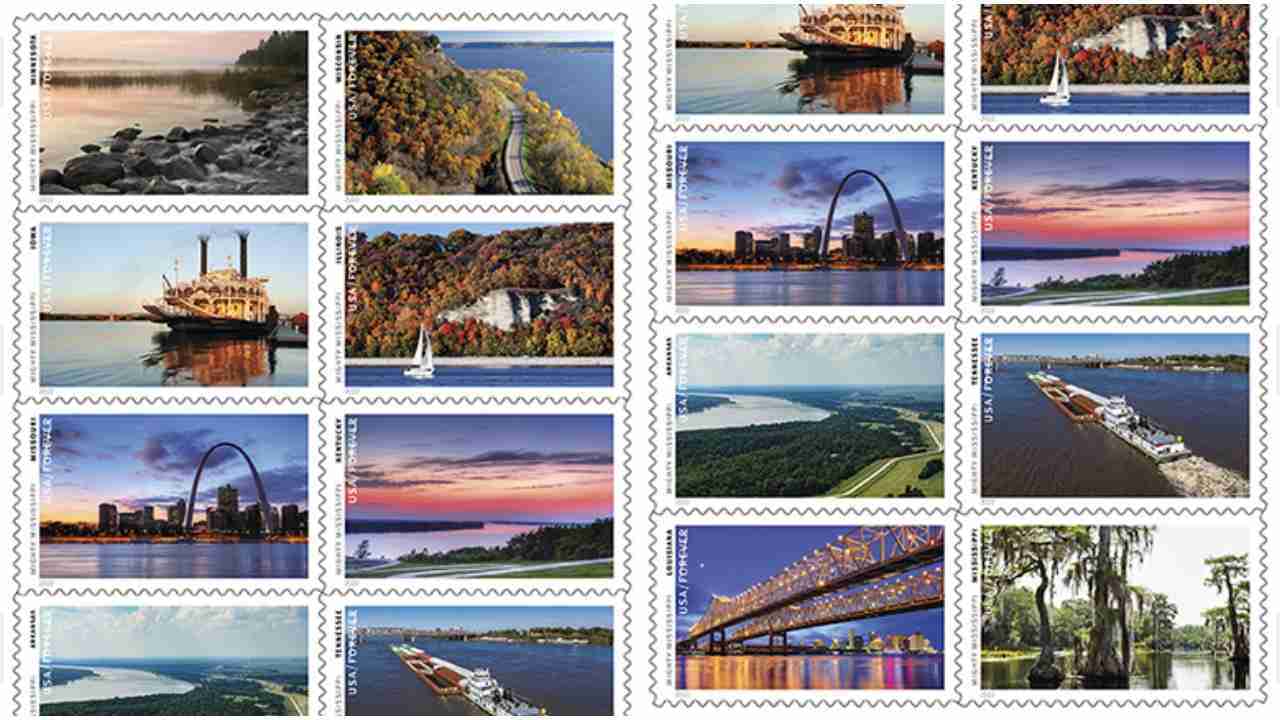 The first-day-of-issue event for the Mighty Mississippi Forever stamps is free and open to the public. News of the stamp is being shared with the hashtag #MightyMississippiStamps.

Dedication ceremony attendees are encouraged to RSVP at: usps.com/mightymississippi

The Mississippi River is at the core of the nation’s heritage, and is variously referred to as America’s backbone, its heart and its soul. From Lake Itasca’s trickling overspill in Minnesota, the Mississippi flows and grows for 2,300 miles.

It streams through varied topography in Wisconsin’s Driftless Area, past Iowa’s millennium-old effigy mounds, and by the remains of Cahokia, the nation’s largest pre-Columbian city, in Illinois. The Gateway Arch in Missouri rises near where Meriwether Lewis and William Clark embarked to venture westward in 1803.

The Ohio River, flowing in along Kentucky’s northern border, doubles the Mississippi’s volume. The Lower Mississippi is a riparian superhighway. Massive engineering works — channels, locks, dams and levees — help accommodate barge tows more than 1,000 feet long, common along the Arkansas-Tennessee boundary and beyond.

Abundant bayous in Mississippi and Louisiana split the river into a bird-foot-shaped delta. The New Orleans area hosts the river’s largest port.

At the point where the Mississippi reaches the Gulf of Mexico, the trickle that started in Lake Itasca has intermingled with waters from 31 states.