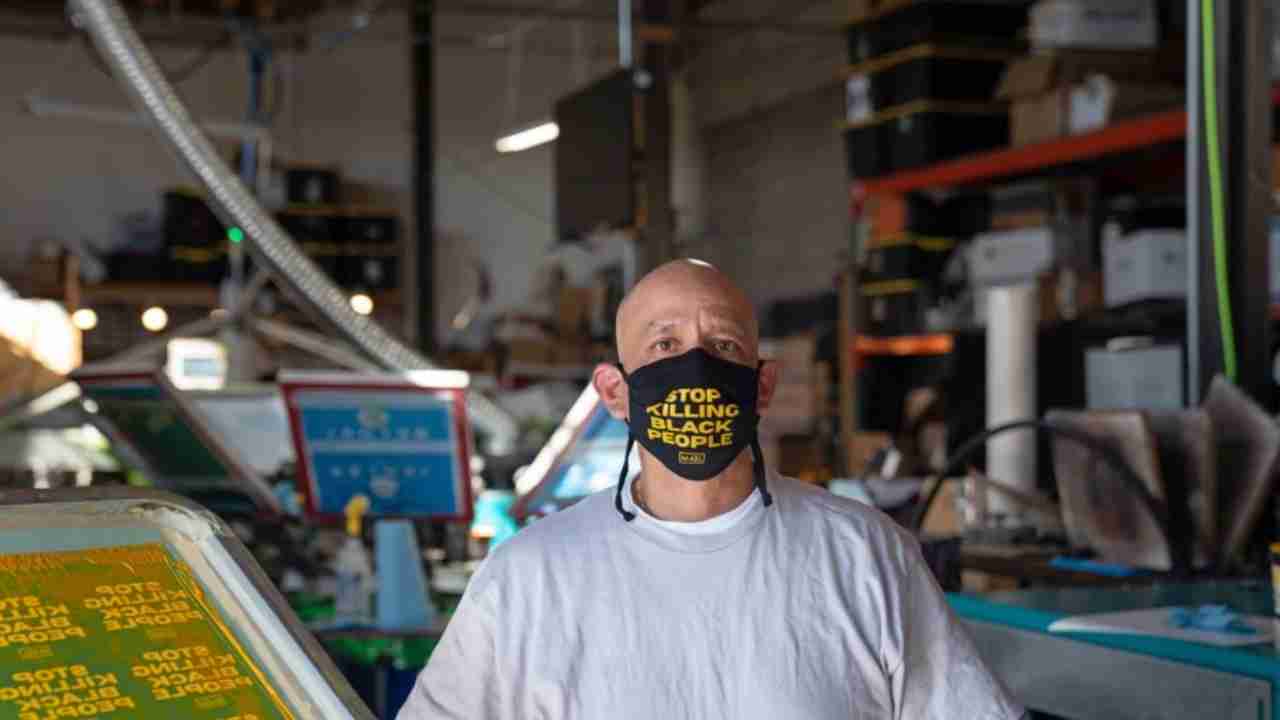 In an interview, Quiñonez said he had a jovial relationship with U.S. Postal Service employees, who knew he frequently mailed out clothing items with expedited shipping. Those relationships went cold after his items were seized, he said, as did some of his business relationships with activists.

“When there’s an organization or a company that now has a reputation for being a target of law enforcement, people don’t want to do business with them,” Quiñonez said. “Even the people that are like-minded, that know that there are fundamental flaws in the way that we address things, they need to protect their interests. So we lost business.”

“Instead of focusing on printing and shipping political Covid-protective masks and other apparel, René and Movement Ink had to waste time figuring out why their innocuous packages were in the hands of law enforcement, and how to get them released, while also fielding questions, concerns, and even accusations from partners, community members, and social media commenters,” the lawsuit reads. “René, Movement Ink, and their partners were left wondering why these Covid- protective political masks were in the hands of law enforcement officials instead of on the faces of political protestors.”

So a mask saying “Stop killing White People” would be wrong but “Stop killing Black People” is ok. It’s wrong to kill anyone, lets get over all this racial crap and get back to pre-2008 racial harmony. We were more united before all this Obama Hope and change crap.