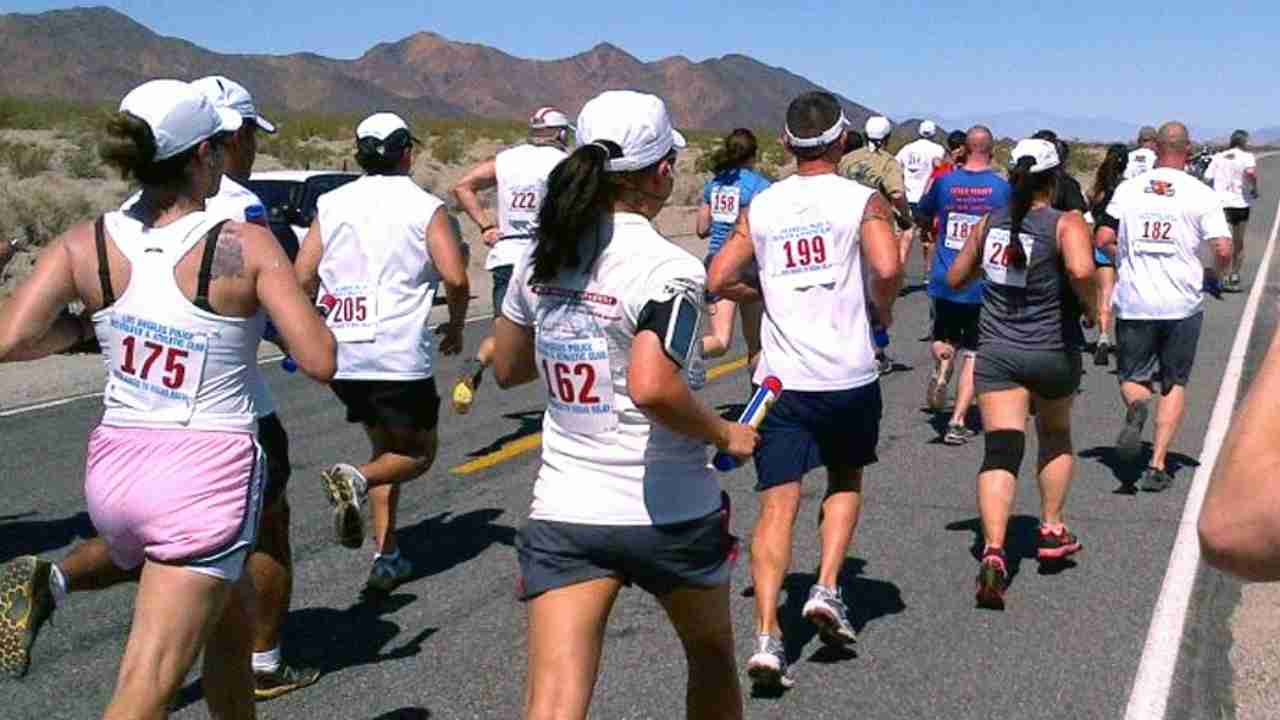 A team of 20 runners representing the Postal Inspection Service will soon compete in a 120-mile race that will take them through some of the toughest terrain in the West.

The B2V race, a point-to-point relay from Baker, CA, to Las Vegas through the Mojave Desert, is described as “the world’s most prestigious and unique law enforcement foot race” on the event website.

“It’s a relay race against the clock, across harsh terrain,” said David McKenna, a postal inspector who serves as co-captain of the team with a fellow inspector, Kimberly Granger.

The Inspection Service’s team, called the Pony Express, includes both inspectors and other Postal Service employees who compete on their own time. The group is one of more than 200 teams that will participate in the April 9-10 race.

The participants — about 8,000 altogether — will run legs of differing lengths in a range of conditions — uphill, downhill, daytime, nighttime — all while eyeing a coveted trophy.

Each team is accompanied by a support vehicle that carries supplies, first-aid kits and alternate runners who are ready to join the race if a colleague can’t complete a leg.

McKenna, who first participated in the race in 2005, said the competition allows the runners to test both their physical and mental endurance.

He offers newcomers tips, like advising them to keep their running shoes in an ice box to keep them cool and prevent them from melting on the hot terrain.

Granger, who is training for her sixth race this year, has been hitting the pavement in the early hours of morning to practice for her overnight leg, while another team member, Brendan Donahue, an assistant inspector in charge, is hoping to draw upon his experience competing in the Boston Marathon.

“I’ve been doing a mix of long runs and short runs and hill sprints to prepare for the uphill portion,” he said.

Several team members are competing to honor fallen colleagues. One example: Carroll Harris, an inspector in charge, is running in memory of his friend and fellow Marine veteran Timothy Laird, an Indianapolis police officer who was killed in the line of duty.

“This team is determined,” Harris said. “We will make it to the finish.”

Here’s a novel idea, instead of playing in the street, why won’t the Postal Inspection Service investigate Postal Management for erasing clock rings? Maybe attempt to stem the flood of illegal drugs flowing through the mail? How about protecting Rural Carriers that are delivering routes past 11pm?? If all the Inspection Service has to do is jog up and down the street, why are we paying these goons $80,000 a year???