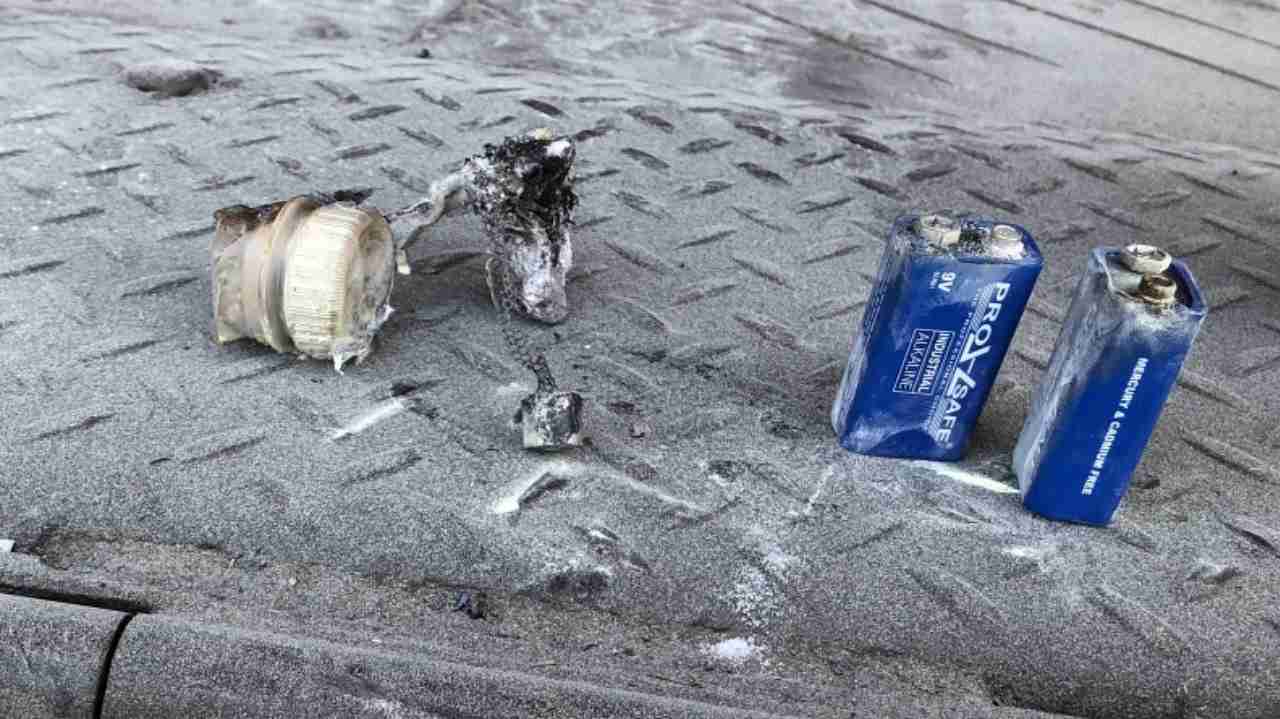 Columbus firefighters say a discarded battery caused a fire in a trash can at the city post office yesterday morning.

According to Columbus Fire Department reports, firefighters were called to the post office on Jackson Street at about 8:46 a.m. for a rubbish fire. Postal service workers had collected a spilled powdery substance and dumped it into a rubbish container on the loading dock that had a canvas trash bag. Light smoke then began coming from the container. Workers used a chemical fire extinguisher to put out the smoldering material in the canvas bag.

Firefighters and workers determined that the powdery material was a pool treatment product that is not considered a hazardous chemical and is not combustible. A further search found two 9-volt alkaline batteries, one of which showed damage indicating a short circuit.

Firefighters believe that the battery came into contact with metal items or other batteries in the trash, creating the smoldering fire. Damage was limited to the canvas bag and no injuries were reported.