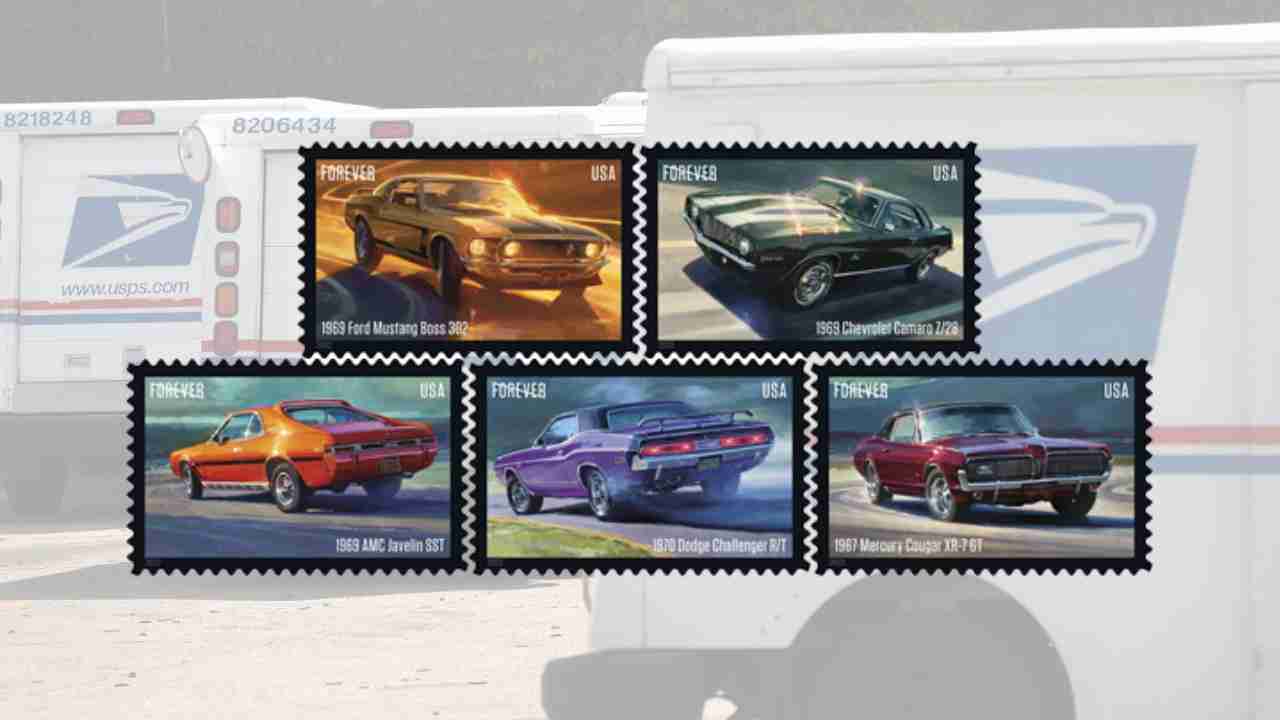 The U.S. Postal Service will commemorate the heyday of the pony car era with five new stamps featuring some of the most famous examples of these youth-oriented vehicles.

The first-day-of-issue event for the Pony Cars Forever stamp will be held at the Great American Stamp Show in partnership with the American Philatelic Society. The ceremony is free and open to the public. News of the stamp is being shared with the hashtag #PonyCarsStamps.

Dedication ceremony attendees are encouraged to RSVP at: usps.com/ponycars.

In the 1960s, a new breed of vehicle began appearing on our nation’s roads. Over the past six decades, fast and fun pony cars have become a uniquely American obsession. Since their emergence, these performance coupes and convertibles have brought a youthful spirit to the automotive world.

In the mid-to-late 20th century, American automakers began catering to a segment of their customer base that was rapidly growing — younger drivers. These drivers craved sporty, affordable cars that looked and felt different from what was in their parents’ garages. Several manufacturers initially produced models that fit that description, but the pony car trend did not begin in earnest until 1964.

By the time of the 1970s energy crisis, sales of the once ubiquitous pony cars had begun to decline. But by the end of the decade, the cars had a resurgence. Pony cars were cultural icons; throughout the 1970s, they appeared in many television shows and movies.

Since then, the popularity of pony cars has ebbed and flowed. But over the past two decades, automakers have reintroduced many of the beloved models first launched in the genre’s heyday. Today, adventurous young — and young-at-heart— drivers enjoy the thrill of driving pony cars.