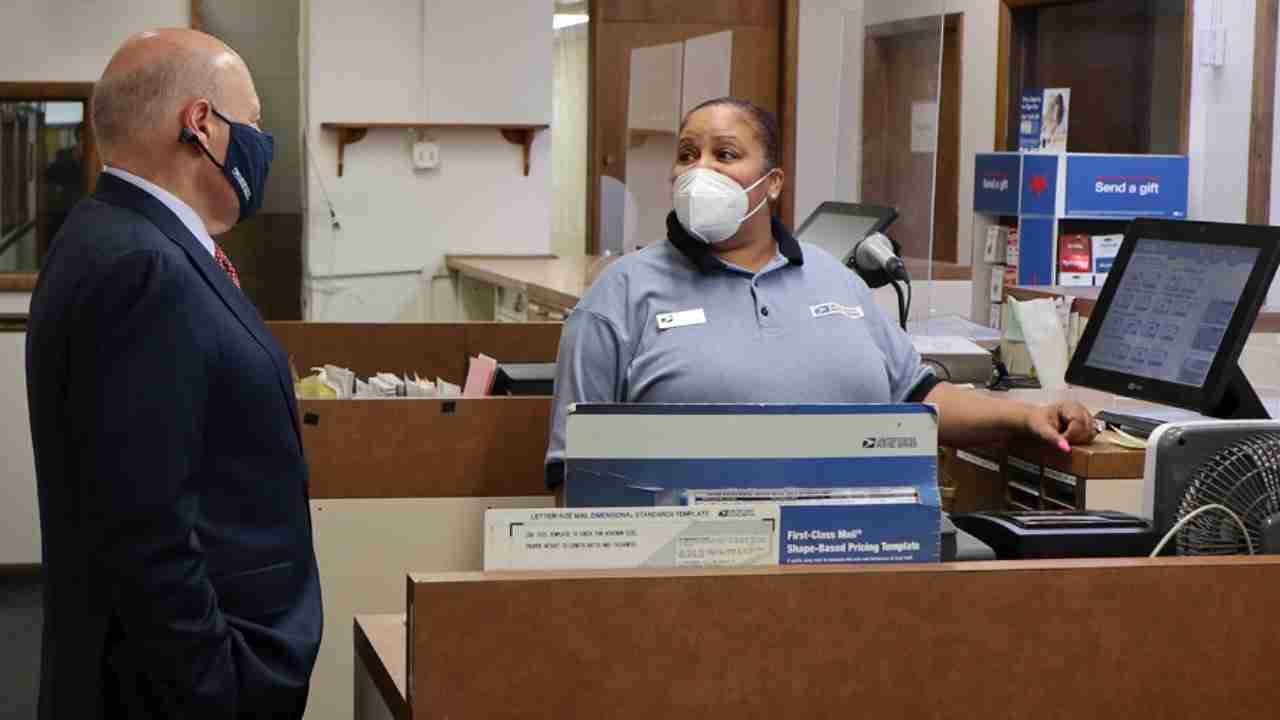 He provided an overview of Delivering for America, the Postal Service’s new 10-year plan, and discussed how USPS can play off its strengths to move forward.

“We are the most trusted organization,” he said. “I want us to be the most used.”

Next, DeJoy headed to the Kansas City Network Distribution Center and then into Missouri to see the local processing and distribution center. He fielded questions and toured both sites.

At his next stop — SubTropolis, a 55-million-square-foot artificial cave in Kansas City that is home to the Stamp Fulfillment Center — the Postmaster General was accompanied by William D. Zollars, a member of the USPS Board of Governors.

DeJoy chatted with a delighted Gail Davis, a stamp fulfillment services clerk, and gave her a challenge coin. “After 35 years, this is the best gift I have ever gotten,” Davis said.

Vault Clerk Victor Murphy hopped off his forklift and asked to take a photo with the Postmaster General.

“I’ve been here for a long time, and this was special,” Murphy, a 31-year employee, said. “Probably the top moment of my career.”

He, too, was the happy recipient of a challenge coin.

Missouri’s Platte City Post Office was the final stop, where DeJoy spoke with workers and chatted with customers before heading to the counter to buy stamps.

“It was such a privilege to meet the Postmaster General,” Platte City Postmaster Kelly Taylor said.

DeJoy was pleased with his visit, as well.

“I really enjoyed my time,” he said.