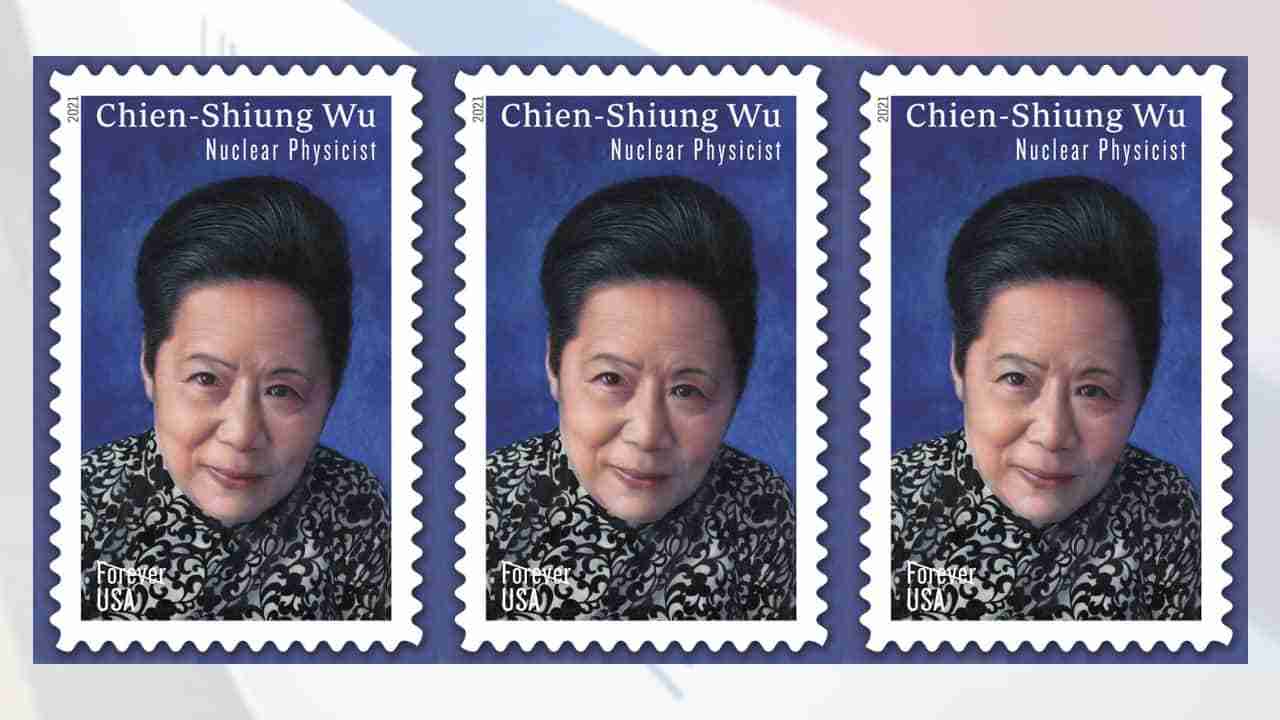 USPS will salute nuclear physicist Chien-Shiung Wu with a stamp on Feb. 11, one of three releases this year honoring Asian American lives and culture.

During a career that spanned more than 40 years in a field dominated by men, Wu (1912-1997) established herself as an authority on conducting precise and accurate research to test fundamental theories of physics.

She worked on uranium enrichment and radiation detectors for the Manhattan Project, the scientific collaboration that produced the atomic bomb, which brought an end to World War II.

The Forever stamp will feature a detailed portrait of Wu wearing a black-and-white high-collared traditional Chinese gown known as a qipao. The illustration was first drawn in graphite, then rendered in egg tempera paint.

The background was painted with the pigment lapis lazuli, a highly valued color historically used in artistic depictions of angels, nobility and the Virgin Mary.

The spelling of Wu’s name on the stamp reflects how she wrote her own name and referred to herself. It is also how she was known to the scientific community at large.

This romanized spelling is based on the Wade-Giles system, which is all but obsolete for Chinese words and names. The Pinyin system of phonetic notation for Chinese characters is now the standard in both China and the United States.

In addition to the Wu stamp, the Postal Service released a Lunar New Year stamp last week. Go for Broke: Japanese American Soldiers of WWII, a stamp honoring the contributions of 33,000 soldiers who served in the U.S. Army during World War II, is also planned this year.

The Wu stamp, which will be available at Post Offices and usps.com, will be dedicated during a virtual ceremony that can be streamed on the Postal Service’s Facebook and Twitter pages on Feb. 11 at 11 a.m. EST.