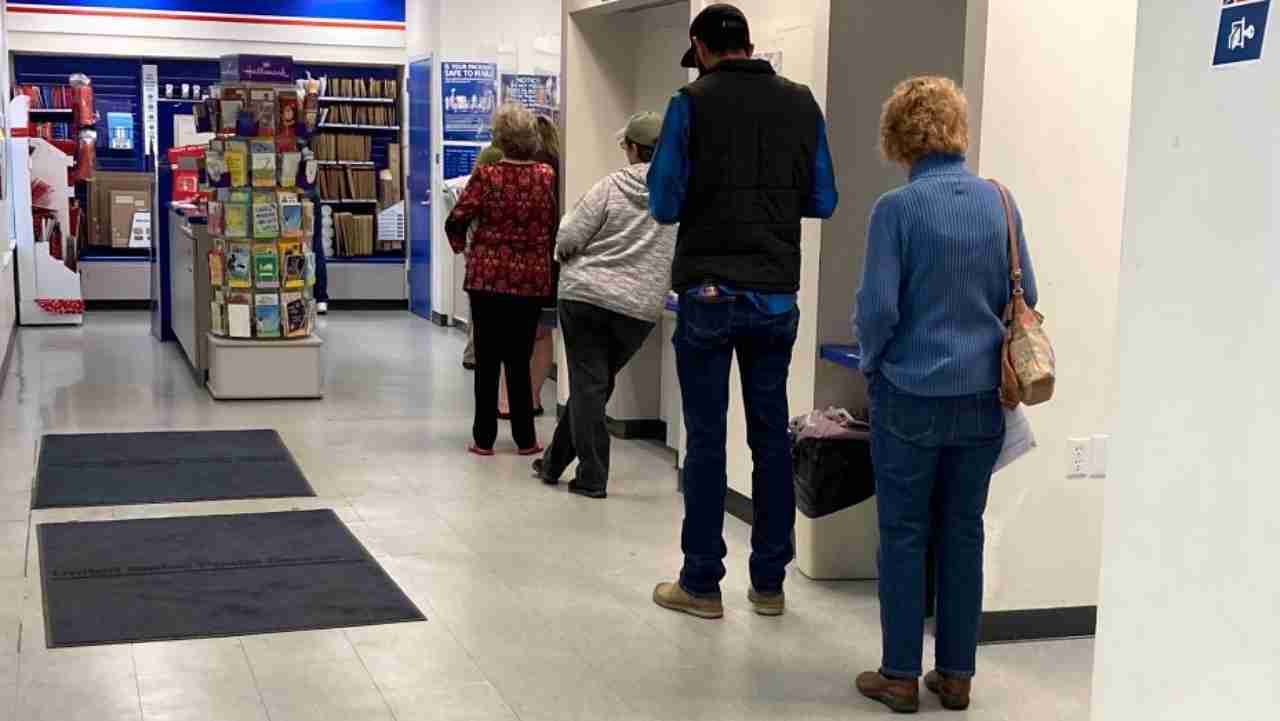 With staffing issues and truckloads of packages delivered daily from Amazon, the Bryson City postal workers are barely keeping their heads above water. Postmaster Chip Hendricks said they are doing all they can to keep mail going out on time.

“These carriers are committed to giving the best quality of service they can,” Hendricks said.

With volume increasing, many are putting in later days and making multiple trips.

“Late days are the norm now. It’s not for lack of trying; the volume has increased, and we’re short staffed,” he said.

Most days, Hendricks is out delivering packages himself. The office has five regular carries and should have five substitute carriers but only has two. The good news? Three new subs are in the hiring process.

When people aren’t getting their packages as anticipated, he said, it’s due to a logistics problem and a volume problem.

He estimates packages, particularly from Amazon, have doubled if not tripled in the past few years as people order more online, from toilet paper to energy drinks.

The USPS has an agreement with Amazon to handle the “last mile” of delivery, which is beneficial to the bottom line but the weight to deliver on postal carriers. Estimates are that the USPS delivers at least 30 but as much as 60 percent of Amazon packages—with packages skyrocketing during the pandemic and hardly letting up. The holiday season is a particularly busy one for the post office.

Despite being short staffed, there’s no local option to communicate to Amazon that they can’t deliver, according to Hendricks.

“We get two trucks from Amazon every morning, and what comes through here, we’re responsible for delivery,” Hendricks said.

There are some factors where postal carriers do not deliver packages. For example, if your box is more than a half mile from or if you live on a gravel drive that is not well maintained. Also, if packages weigh more than 70 pounds they don’t have to deliver to the door. Hendricks said Amazon packages often exceed this weight limit.