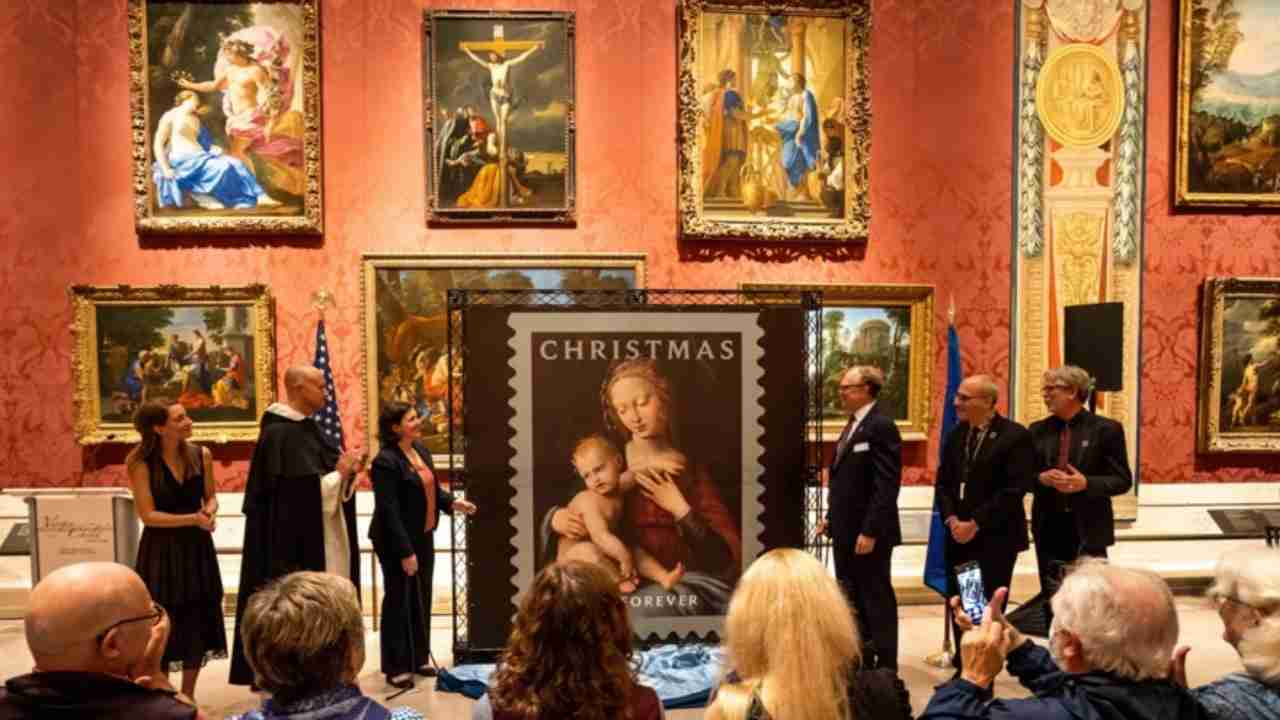 The Postal Service dedicated its Virgin and Child stamp Sept. 22 during a ceremony in Boston.

The Christmas release features “Virgin and Child,” a 16th-century painting that was created by an unidentified Florentine artist known as the Master of the Scandicci Lamentation.

The image depicts the Virgin Mary gazing downward at the infant Christ, one of her arms holding him protectively at his waist, the other tenderly touching his arm. The Christ child turns his head to look out of the frame to the left.

“It’s a beautiful piece of art, with particular meaning this time of year,” said Jenny Utterback, the Postal Service’s organization development vice president, during the ceremony at the Museum of Fine Arts, Boston, where the painting is displayed.

The Forever stamp featuring “Virgin and Child,” which Utterback called “one of the most revered images in the world,” is one of several seasonal offerings this year. Other releases include Holiday Elves, which USPS dedicated Sept. 15, and new stamps honoring Hanukkah and Kwanzaa.

The Virgin and Child stamp is available in booklets of 20 at Post Offices and usps.com.