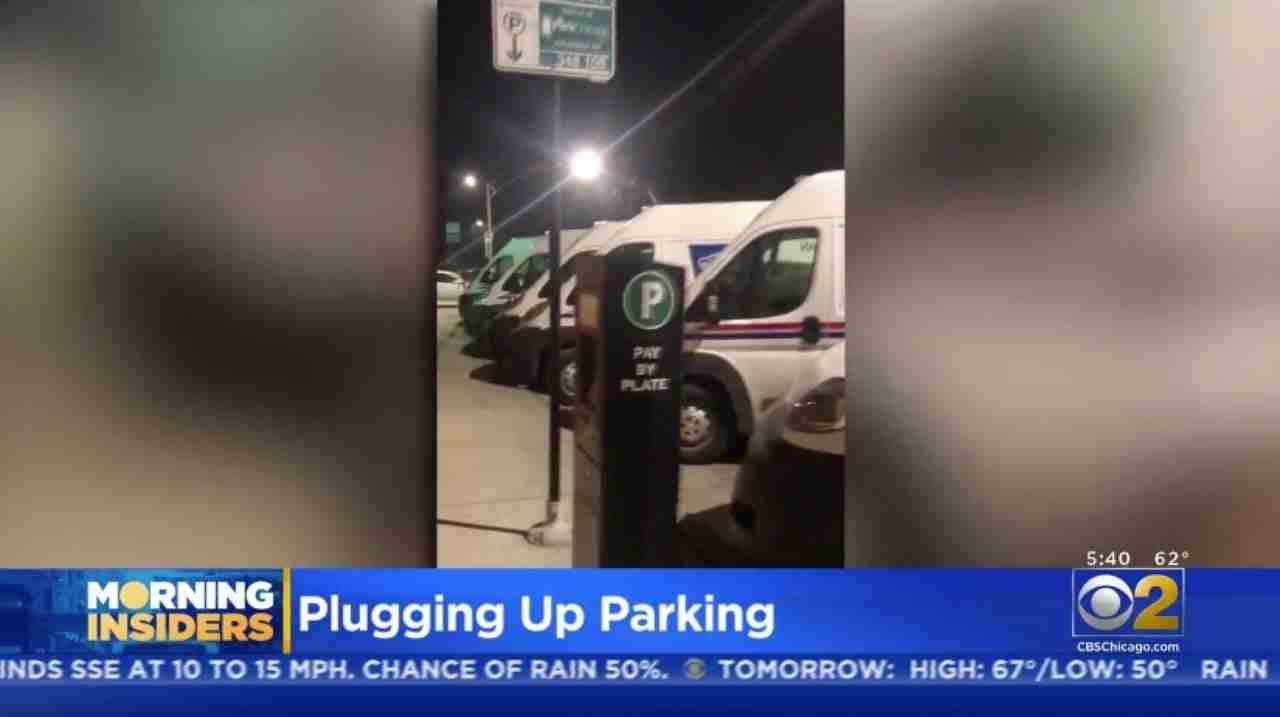 But in a certain section of Belmont Cragin, residents are complaining of a third thorn in their sides – United States Post Office trucks.

Our cameras spotted them parked in the middle of the construction zone – in metered spots, despite cones and no-parking signs.

Casarez took a video of USPS vehicles plugging up parking before construction began. He said it has actually been a problem on Armitage and LeClaire avenues for years.

That checks out – Google Maps shows an image from 2019 with mail trucks blocking spots in the same area.

“It’s just unbearable, and they have no respect for where they park, and they get into arguments with other people – almost to the point where there’s going to be a fistfight,” Casarez said.

He said they hog spots – day or night, and even on Sundays when the Post Office is closed.

“It’s every day – even my wife, when she comes from running errands, she can’t find parking – or anyone who visits us,” Casarez said.

Adding fuel to this frustration – it’s possible the Post Office isn’t even paying for the spots like the rest of us.

Victory asked Ald. Gilbert Villegas (36th) why police can’t start ticketing the postal trucks and maybe deter them from parking there. Villegas said he has asked the Department of Finance to step in because he’d rather keep police focused on crime.

Just put up postal service parking only. That’s all.

1st off, carriers park where they are told to park and how to park. It is intentionally parked so the truck does not need to back up.
2nd, we are the ones carrying 50+ lbs of mail and now packages. Everyday the weight takes a toll on your body so naturally we have priority to park as close to the delivery as possible.
If you disagree find a police officer and if he writes a ticket the judge is also a federal employee so figure out if he is gonna fine his boss?

And where are these going to plug in ?? Come on man get a plan

So like many stations which originally had many walk out routes they have converted to driving routes without the needed parking space and judging by the pictures with a high percentage of Promasters which take up more space than the old jeeps or LLVs. They have to park them somewhere but now a construction crew needs the space close to the station. I am surprised the station manager didn’t issue the park somewhere else orders and the city went above his head. Some of our bosses take the we’re federal bug off city guy mindset too far.