The projected accumulation toward the sixth regular COLA under the 2019-2023 National Agreement stood at $2,517 annually in July following the release of the June 2022 Consumer Price Index. 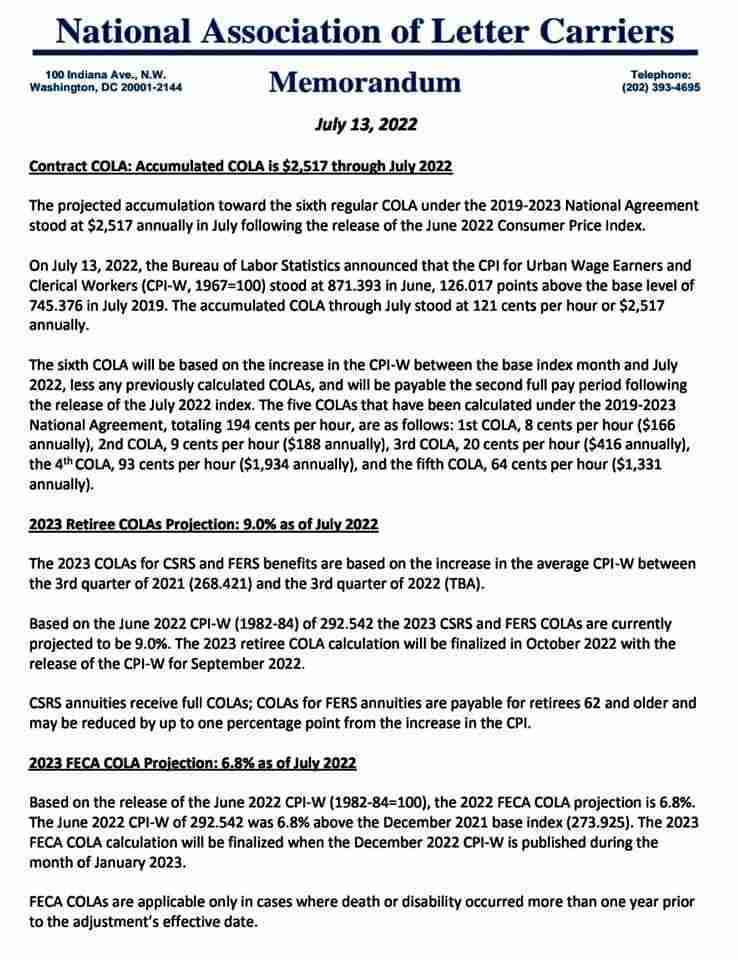 Hello, I really would appreciate it if someone would get the ball rolling and start sending out the NLRCA’S retroactive payment like now. This is a good example of DISCRIMINATION. If everyone in the USPS could NOT get their retroactive payment at the same time then everyone should have waited. Goes to show how you respect your employees. Microsoft issues my a…you all have no problem sending SCAMMING EMAILS AND PHONE CALLS.