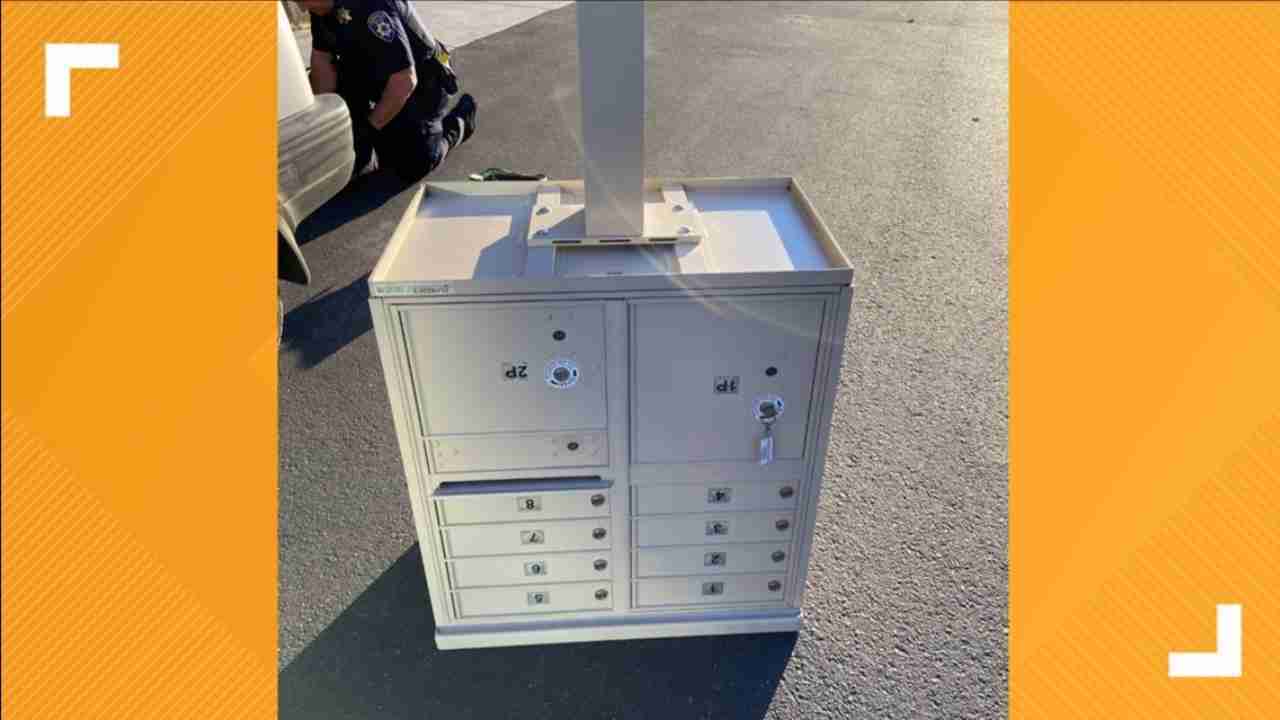 Roseville police arrested 29-year-old Phoenix, Arizona resident Victor Acosta after reportedly pulling him over with an entire cluster of mailboxes in his backseat.

ROSEVILLE, Calif. — Residents near Blue Oaks Boulevard and Fiddyment Road in Roseville on Friday reported hearing a loud thud coming from the direction of their neighborhood mailbox.

After police were called to investigate, they pulled over an SUV described by residents as a suspicious vehicle in the area.

Not only was a cluster mailbox later identified as the missing neighborhood’s found, police also arrested the suspect, 29-year-old Victor Acosta of Phoenix, Arizona, on suspicion of possessing drugs.