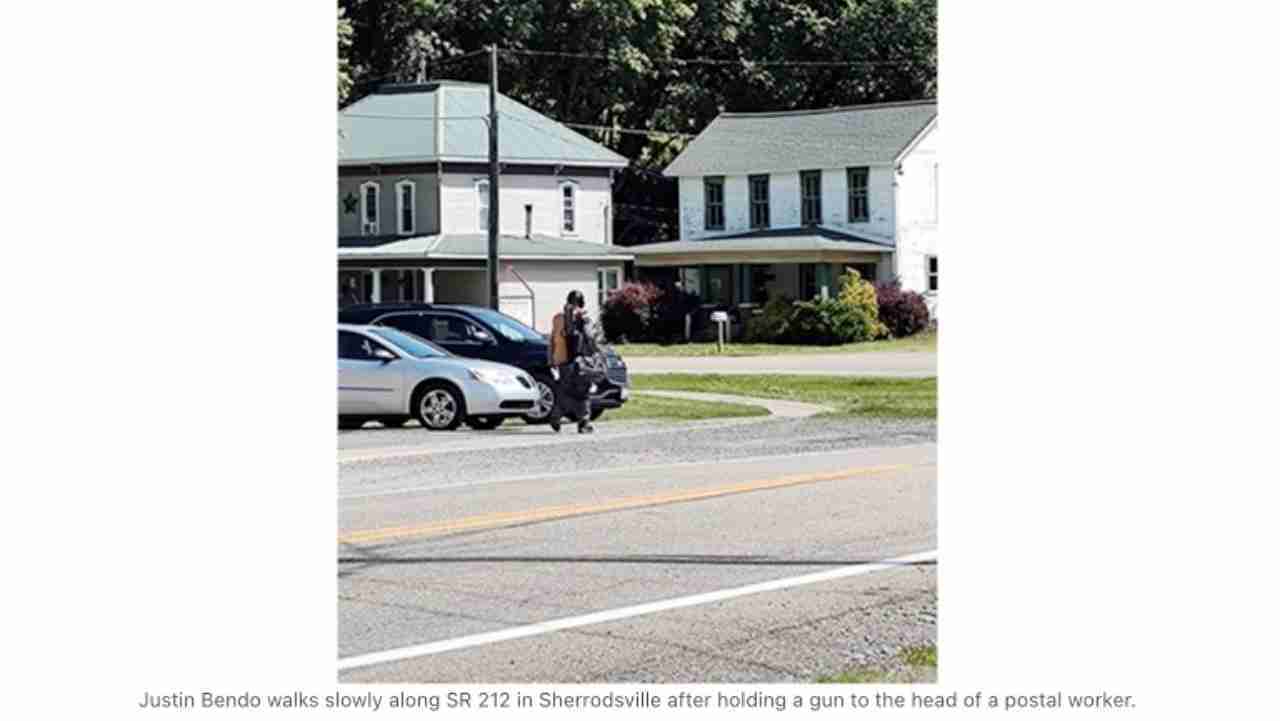 An Akron man is being held in the Carroll County jail after holding a gun to the head of a Sherrodsville post office employee June 18.

Sheriff Dale Williams said the man, 47-year-old Justin Gerald Bendo, whose address is listed as Akron, was staying at a home his parents own on Lodge Rd. (SR 542). He is being held on preliminary charges of Aggravated Menacing, Inducing Panic, Kidnapping and Breaking and Entering.

“This guy is walking around heavily armed,” the caller advised. “He had a pistol and held a gun to my face.”

In response to the dispatcher’s question about what he meant by heavily armed, the caller replied, “Packed full, like all loaded up.”

He advised the man was walking on SR 212 from the post office toward SR 39.