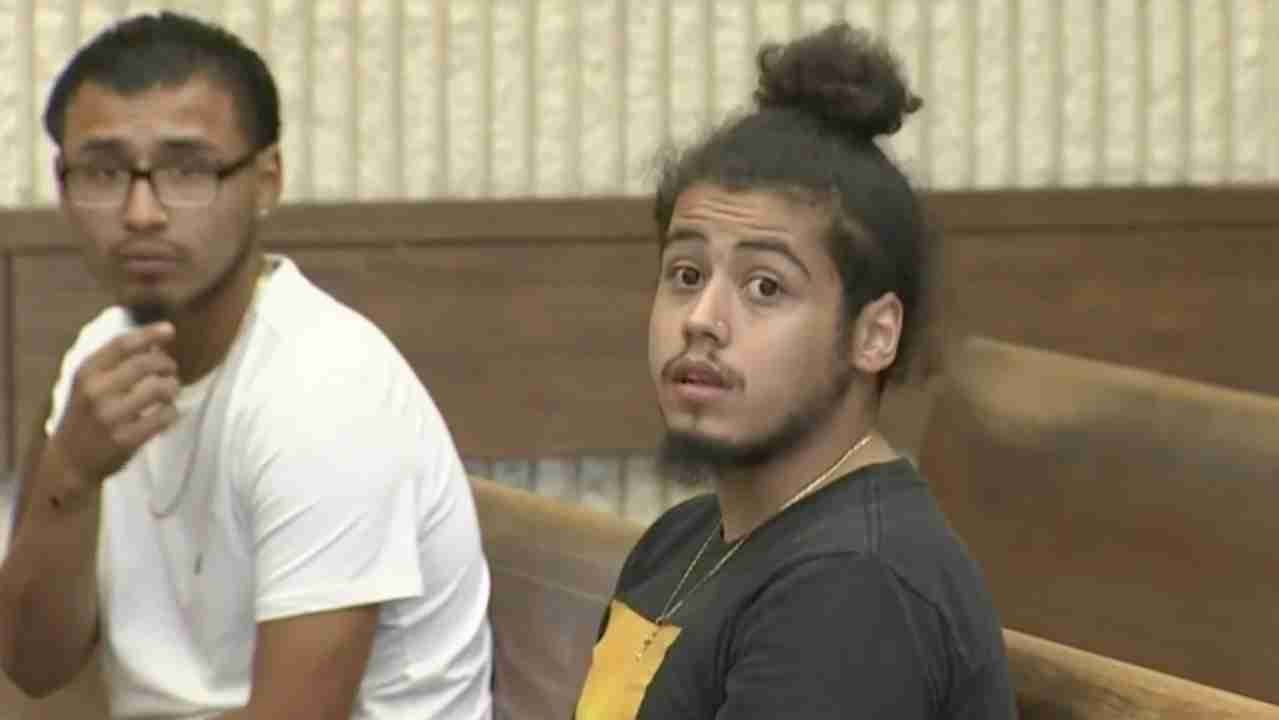 LYNN, MASS. (WHDH) – A man facing charges for allegedly pulling a knife on a postal worker said he was trying to defend his friend, after a dispute over packages in Swampscott turned ugly.

Michael Hernandez Feliciano, 22, of Lynn, said he was trying to protect the friend when he pulled out a 4.5-inch knife to try and break up an argument between the two.

The incident first started when the postal worker was delivering mail at a Swampscott apartment home Monday afternoon, after he was approached by 21-year-old Luis Lozada.

The case’s prosecutor said words were then exchanged.

“In an argument over a set of packages and whether or not the mailman in this particular case had packages for the individuals,” Assistant District Attorney Jen Capone said in court Tuesday. “He indicated that he does not.”

Lozada said the mail carrier accused him of not living in the building and then jumped him. Lozada shared images with 7NEWS of the scuffle’s aftermath, including photos of a bloody gash over his left eye and marks on his neck.

“All of these (scratches), it’s not a grizzly bear I’m fighting, I’m clearly getting dragged around,” Lozada told 7NEWS.

A postal service spokesperson said there have been no complaints filed against the carrier and that they will cooperate with the police investigation.

Swampscott Police told 7NEWS from what they saw Monday, officers who responded to the fight arrived to find Hernandez Feliciano with a knife and charged him.

The mail carrier was reportedly able to return to work the next day. In the meantime, Hernandez Feliciano has been ordered to stay away from him.