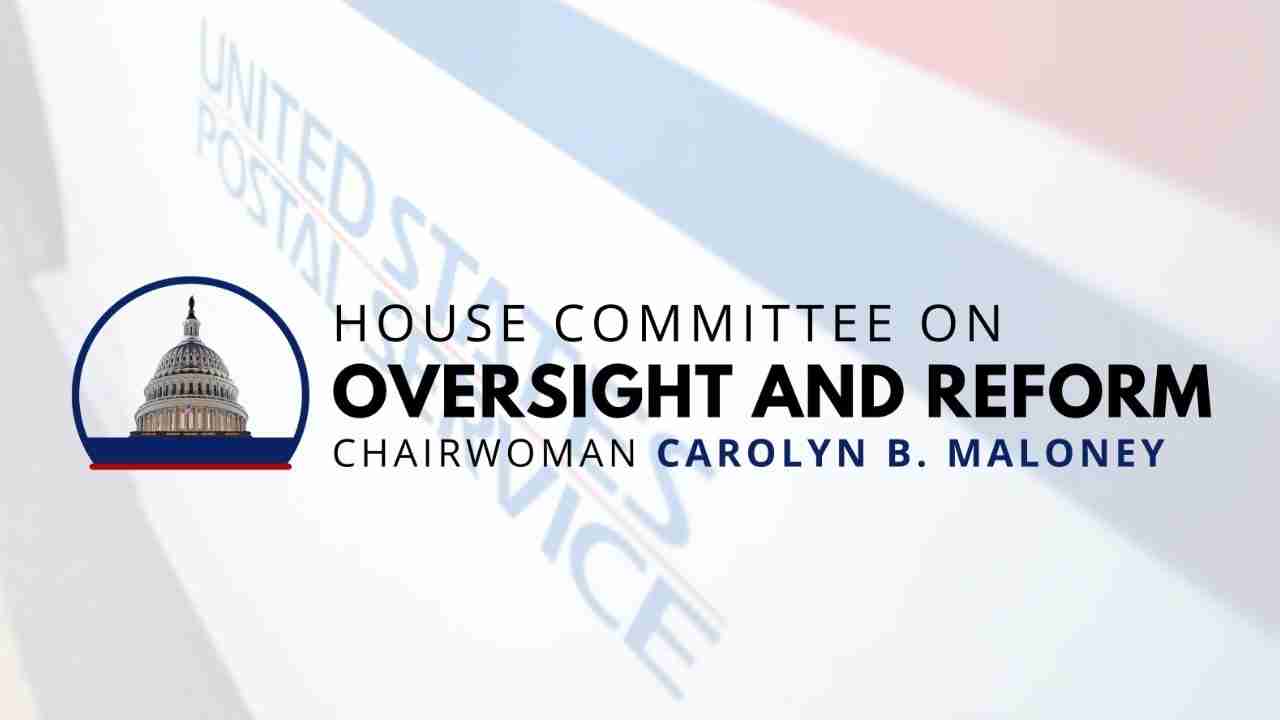 Washington, D.C. (Aug. 25, 2020)— Today, Rep. Carolyn B. Maloney, the Chairwoman of the Committee on Oversight and Reform, introduced the Nonpartisan Postmaster General Act in response to President Trump’s politicization of the U.S. Postal Service.  Her bill comes in the wake of testimony yesterday from Postmaster General Louis DeJoy and the Chairman of the Postal Service Board of Governors, Robert M. Duncan, highlighting their partisan campaign activities, extensive fundraising, and political donations of millions of dollars to GOP candidates and causes, as well as some political activities that continue even now.

“Congress passed a law in 1970 to reform the Postal Service and ensure that it is independent and removed from politics, but President Trump has turned that law on its head,” Chairwoman Maloney stated.  “He installed a GOP partisan as Chairman of the Board of Governors, who turned around and inserted his fellow Republican fundraiser as Postmaster General.  As we heard at our hearing yesterday, both of these officials are longtime Republican operatives, fundraisers, and mega-donors, and they are overt about their efforts to help Donald Trump win in November.  In so many areas, including the Postal Service, the Census Bureau, and the Justice Department, President Trump is fundamentally degrading the longstanding independence of our core constitutional functions to his own political ends right before our eyes.”

Fifty years ago, President Richard Nixon signed into law the Postal Reorganization Act to reform the Postal Service and ensure that it is “an independent establishment of the executive branch of the Government of the United States.”  In addition, the Postal Service website has a 150-page report entitled, “The United States Postal Service:  An American History,” which describes the goal of the 1970 law as “the removal of the system from politics.”  However, during yesterday’s hearing, the Committee learned how President Donald Trump has contravened this law by installing Duncan, a longtime Republican fundraiser, into the position of Board Chairman in August 2018, and how Duncan then inserted his fellow Republican mega-donor, DeJoy, as Postmaster General earlier this year.

Yesterday, within hours of testifying before the Committee in his role as Board Chairman, Duncan appeared in a prerecorded video shown at the Republican National Convention in an effort to help President Trump get re-elected.

It wasn’t Trump that politicized the Post Office, it was Congress.