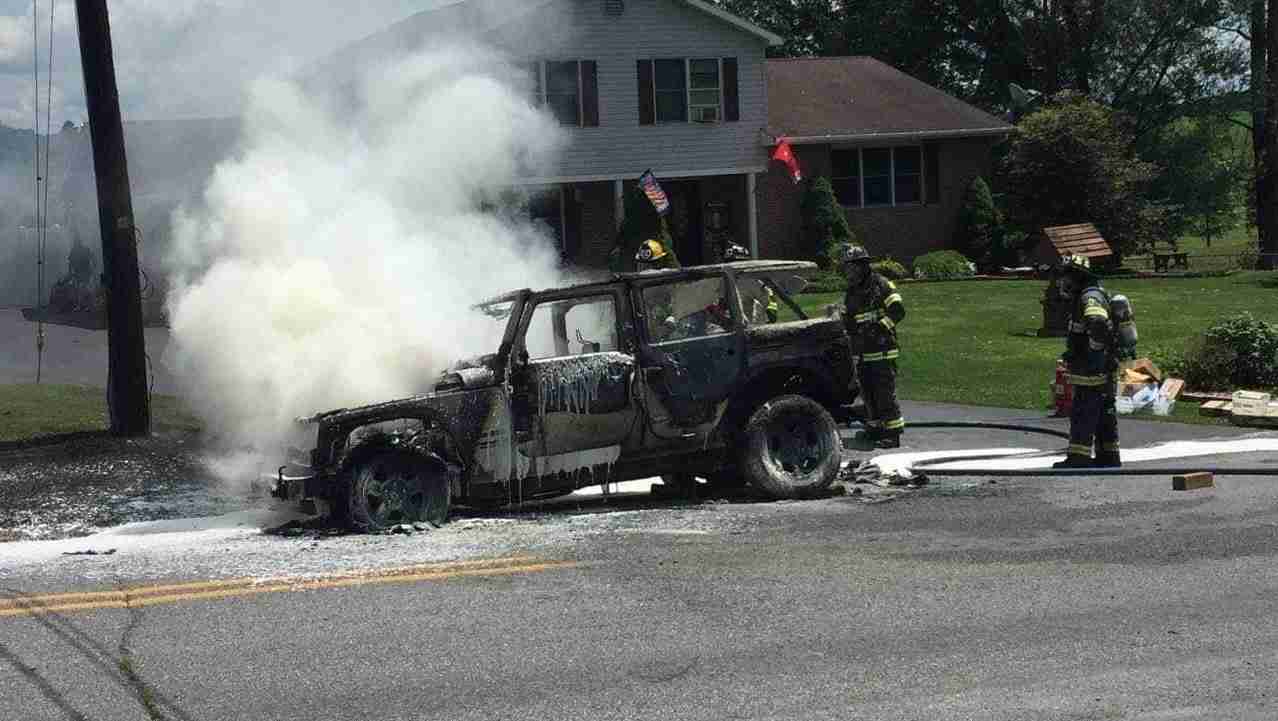 Lisa Lynch, a resident of Yeagle Rd. reported hearing “something loud” and went outside and saw fire around 1 p.m. At first, it appeared to her that a Jeep was on fire, but she later realized it was a mail carrier.

The pole beside the vehicle was also on fire, Lynch said. She reported at least four fire engines on scene.

There is no word yet on what caused the fire or on any injuries.