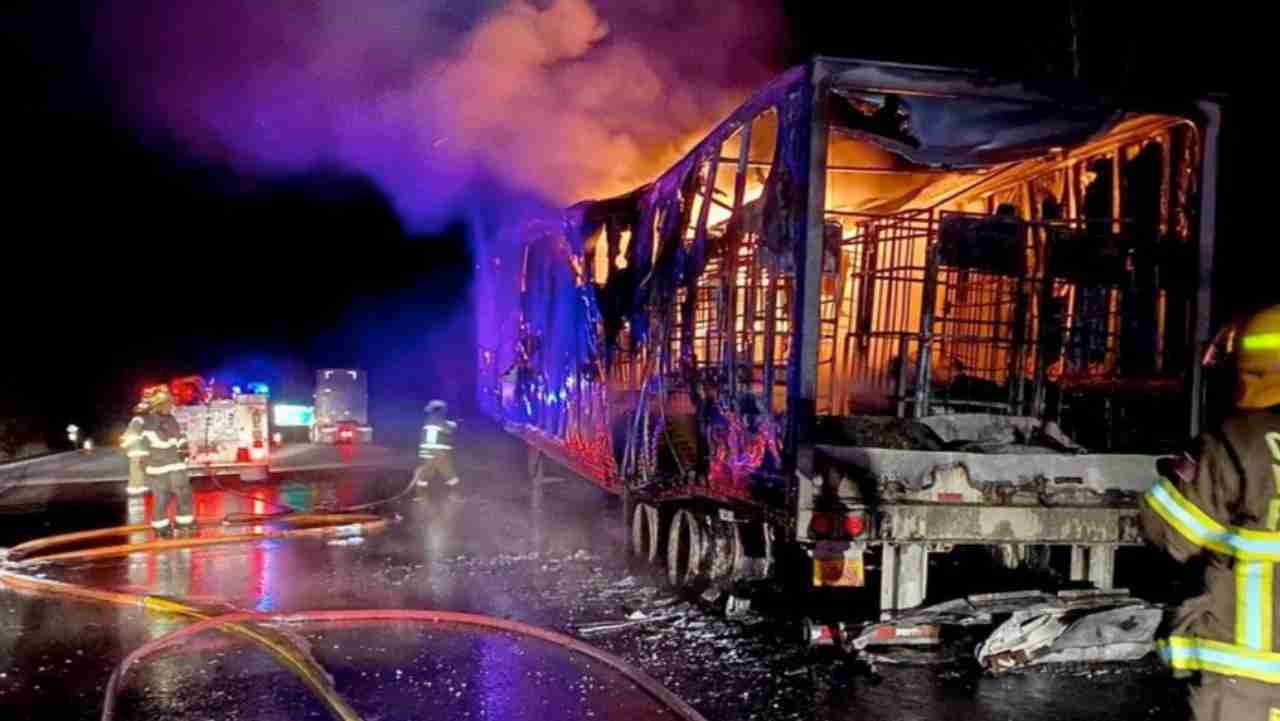 ANCHORAGE, Alaska (KTUU) – Mail that was on its way to residents on the Kenai Peninsula was destroyed early Tuesday when a contracted United States Postal Service vehicle caught fire on the Seward Highway.

A contracted semitruck caught fire around Mile 38 of the Seward Highway after departing from the processing and distribution center in Anchorage, according to a press release from the postal service. The blaze destroyed the truck’s trailer and its contents, the USPS said, but the driver was not injured.

Mile 38 of the highway is just before the turnoff onto the Sterling Highway at Tern Lake that leads to Cooper Landing and other peninsula communities. According to the postal service, the mail that was destroyed on the truck was destined for Kasilof, Clam Gulch, Ninilchik, Anchor Point, Homer, Fritz Creek, Halibut Cove, Nanwalek, Nikolaevsk, Port Graham, Nikiski and Seldovia.

The USPS wrote that the cause of the fire is not known at this time and that an investigation is underway. All customers affected by the loss of mail are being sent a letter, the release said.