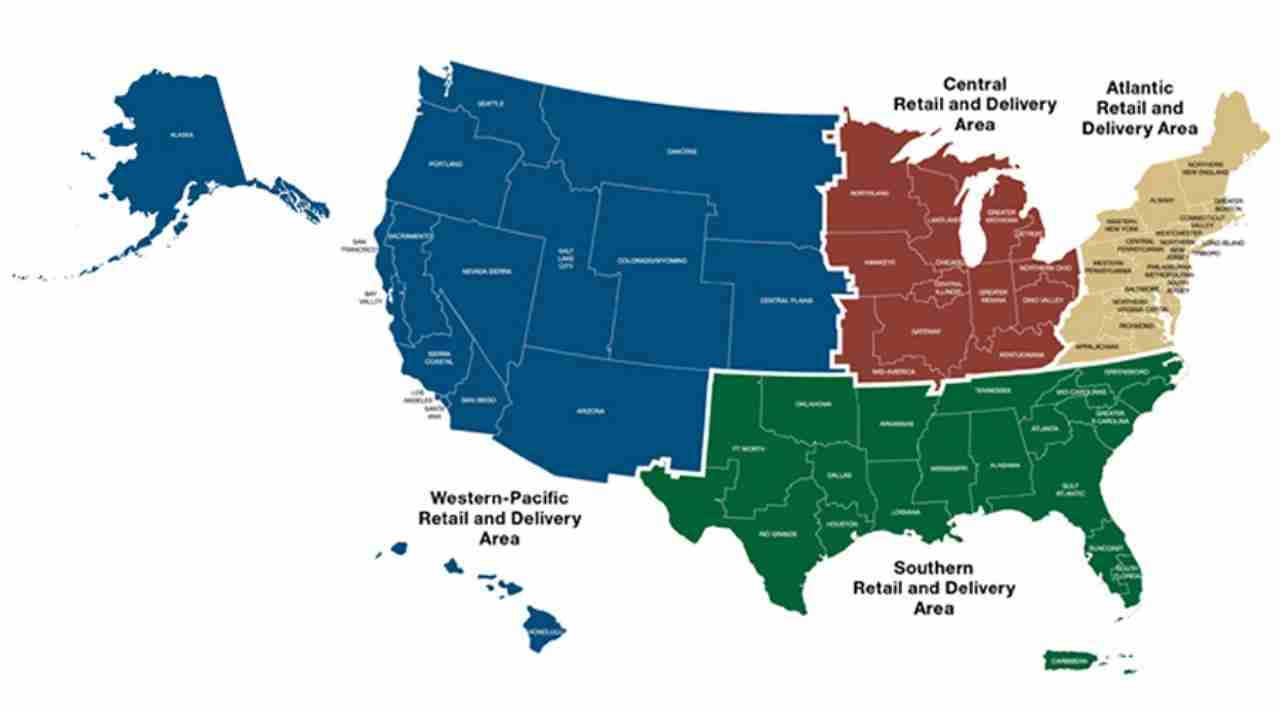 How much do you know about the Postal Service’s areas and regions?

Chief Retail and Delivery Officer Kristin Seaver oversees the areas, which focus on the acceptance and delivery of mail and packages.

Here’s what you should know about each area:

In addition to these four areas, USPS has established two logistics and processing operations regions — Eastern and Western — that focus on processing and moving mail and packages efficiently to delivery units.

Chief Logistics and Processing Operations Officer Isaac Cronkhite oversees these regions, which are divided by the Eastern and Western halves of the United States.

Here’s more information about each:

The USPS Areas and District Maps website has interactive maps of the areas and regions, while the usps.com Leadership page has additional information about the executives, as well as an organizational chart.

No wonder the PO has sooo much highly intelligent, highly educated, highly paid management in place… Need more management to mis-manage with all of these regions/areas.