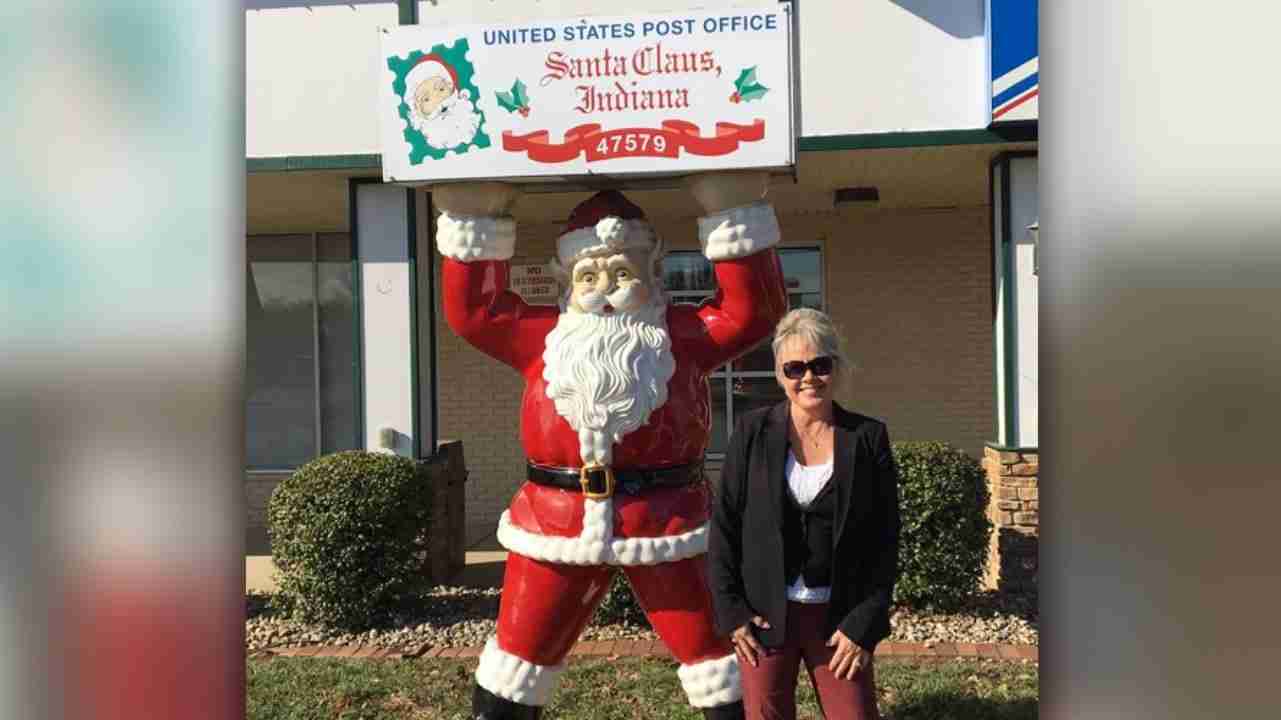 There’s peak, and then there’s peak as experienced in Santa Claus, IN.

Both are races. The latter is the Indy 500 of delivering the holidays.

“You just have to laugh or you’d go crazy,” joked the postmaster, who happens to have the very Christmassy name of Cheryl Bailey.

This is the busiest she’s seen it in her three years in the position. “It’s been nonstop,” she said.

The town’s special pictorial postmark, chosen annually in a contest among senior art students at the local high school, is available Dec. 1-24.

“In the first three days this year, we sent out approximately 17,550 postmarked cards and letters,” she said. This compares with 13,000 for the same period in 2020.

The retail end is hopping, too.

Some customers drive three or four hours to cancel their cards and letters themselves.

“It’s like a family tradition,” Bailey said. Many don antlers and Christmas hats for the occasion. “People love it.”

Several red-inked stampers are available in the lobby if customers choose to do the honors.

Unless their card is enveloped in red. There is only one black stamper, and it is used by a seasonal employee stationed in back whose six-week assignment is to hand-cancel the cards seeking the special Santa Claus postmark — and any red envelopes.

Santa’s Elves is another of the town’s postal traditions. People from all over the world send letters to the jolly old elf (PO Box 1) and get letters in response written by volunteer elves.

“We are way over what we handled last year,” Bailey said.

Asked how they power through the season, Bailey paused for a moment. “People bring us goodies,” she said.

All of this postal activity takes place in a town with a population of roughly 2,670 — but that may be changing.

The Indiana burg is drawing lots of new residents, becoming a pandemic-era magnet for people in search of year-round holiday spirit, as explained in a recent article in The New York Times.

Bailey suspects they may soon need to add another rural route because of it.

It’s a pull she understands. She’s lived in Santa Claus since 2007 and enjoys running the Post Office and experiencing the year-round holiday magic.