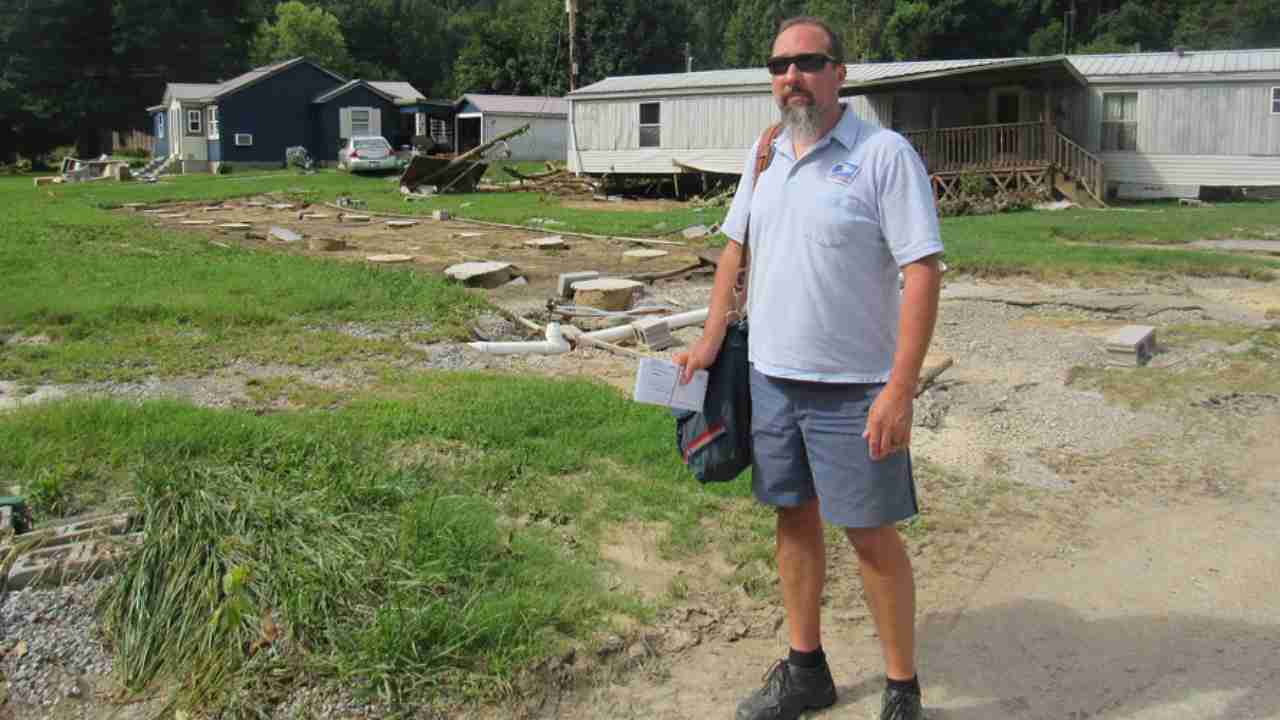 It took a few beats before Jody Holbrook understood the severity of the situation before him.

“I stopped, took a breath and said, ‘I gotta do it,’” the Whitesburg, KY, letter carrier said, recalling the devastation that confronted him on his route July 29.

But how? At some addresses, the mailbox had disappeared. At others, the house was gone.

More than 25 Post Offices across eastern Kentucky were forced to close following flooding caused by a historic series of intense thunderstorms pummeling the region July 26-30.

They are just the latest in a string of natural disasters that has tested the area — one of the nation’s poorest — in the past few years.

The reasons cited for the intensity and catastrophic outcomes of these natural events are many: economic, meteorological and environmental among them.

The rain fell so hard and so fast, Holbrook said, that by the time people could get their shoes on to move their cars to higher ground, their vehicles were under water.

Virnel “Lee” Johnson was stranded when a bridge that connected his house to the outside world was washed away by mudslides.

The letter carrier had no way in to Whitesburg at first but was back in the satchel by Aug. 1, having arranged to use a neighbor’s bridge to walk across the river.

“It’s hard to explain, just total devastation,” Johnson said of the damage he sees on his route.

“Some people lost everything they ever worked for in their life.”

USPS is delivering mail in areas where it is safe to do so. Mail that cannot be delivered is returned to the Post Office, and it is piling up.

“We’ve come up with various systems to be able to store it that we didn’t have before, to keep it more organized,” Holbrook said.

“A lot of people are coming in getting PO boxes,” he added. “It’s kind of making it a little easier on us.”

Delivering the mail may be very difficult these days, but both Holbrook and Johnson consider themselves very lucky indeed to have been spared what their colleagues and so many of their customers are experiencing.