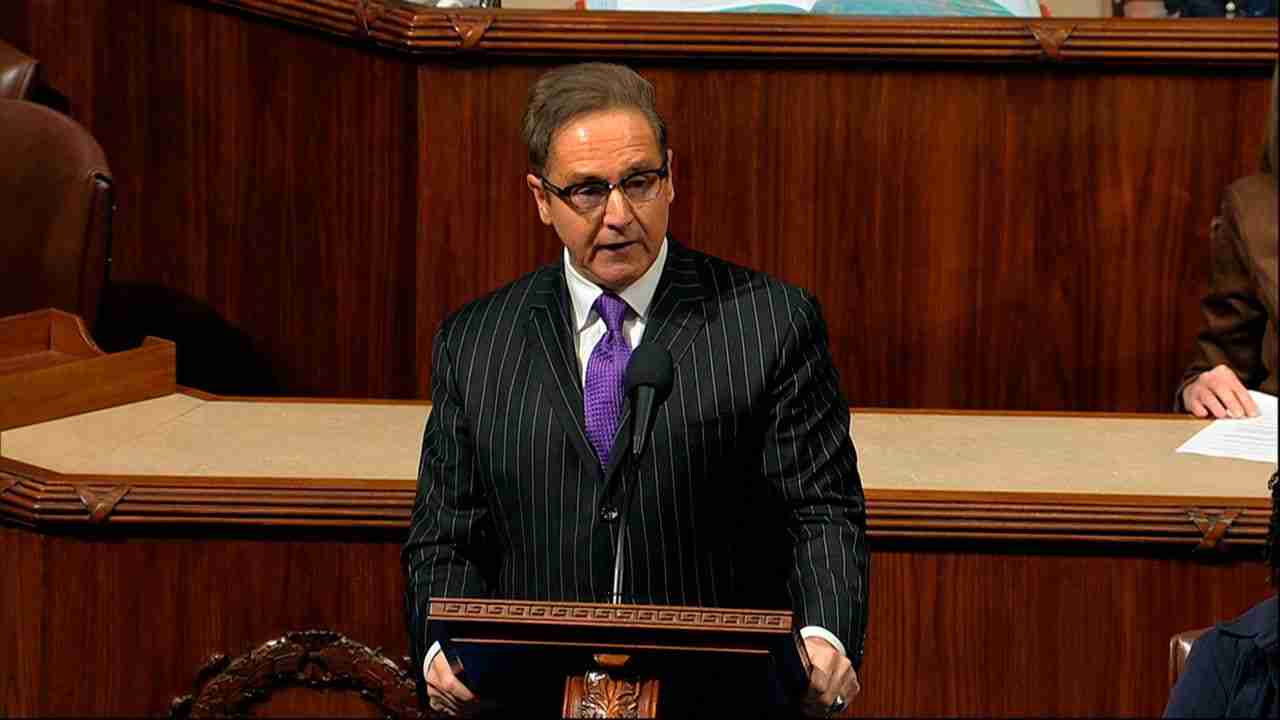 “We are willing to work with leadership toward the goal of strengthening the future of the Postal Service but not at the expense of postal service customers or workers,” said Higgins.

Higgins expressed deep concern with the portion of the report (p. 30) that says, “We will evaluate the remaining facility consolidations that were deferred in 2015 and will strategically implement some of those consolidations where facilities remain underutilized.”  In 2011 and 2012 Higgins won a long, hard community fight to save the Buffalo Mail Processing Facility on William Street from the closing list and in 2009 won a fight to keep the Lackawanna Post Office open.

Higgins also believes the plan to degrade service standards could backfire, causing business and residential customers to turn to other delivery means, further reducing revenue for the USPS. Under the plan, DeJoy is proposing current 1-3 day service standards be changed to allow up to 5 days for first class delivery.

Higgins said, “Businesses in particular rely on swift delivery for their customers. A deliberate slow-down of the mail is bad for business and degrades the ability of the USPS to remain competitive.”

Higgins believes more information will be necessary to determine the specifics of the plan. For example, it suggests the USPS intends to “recalibrate the operating plans at our facilities…”  leaving unanswered questions to what that would look like.

In addition, Higgins worries about the plan’s call to “consolidate low-traffic stations and branches of city Post Offices into nearby full-service retail Post Offices” and “align Post Office hours of operation.”

Higgins, a member of the House Budget and Ways and Means Committees, will have a role in postal reform measures and wants to work with the USPS to help protect its long-term viability and the services it provides to customers. He supports removing the requirement for the USPS to pre-fund retirement, which contributes to USPS financial hardships.

Higgins urged President Biden to fill vacant seats on the USPS Board of Governors, which has since been done, and previously called for Postmaster DeJoy’s removal.

All ndc’s to become rdc’s. More annexes near plants (contract probably), truck mail instead of by air, go after cars employees. Update processing equipment… Ya right, we’ll see. Flats & letters to pd&c’s. What’s about all the priority flats, first class letters, mixed in with the parcels everyday?

The problem is everyone in America wants something for nothing. The taxpayers need to pony up the money if they want the service to continue. The other government agencies are not expected to be ran like a corporation.