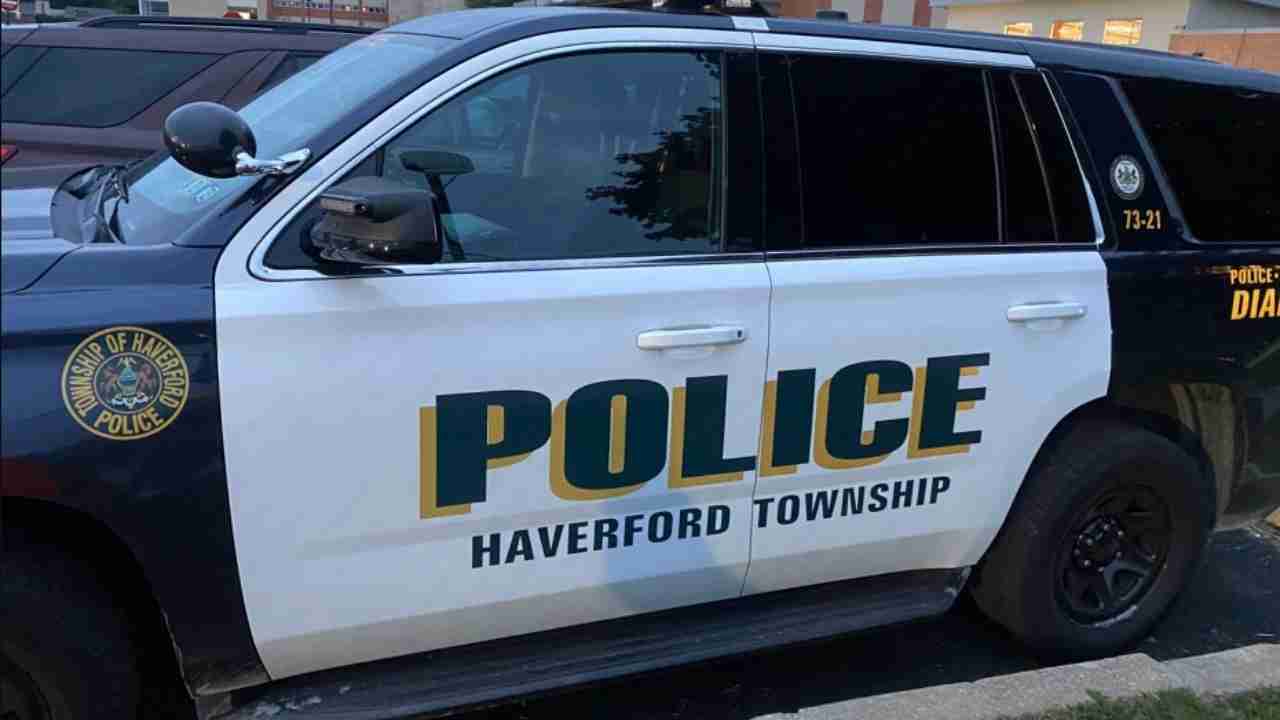 Haverford, PA – On Thursday at 1:33 a.m., Officer Joseph McGibney while on patrol observed a vehicle parked with its headlights activated and a person outside the vehicle by a Postal Service mailbox in the 1600 block of Darby Road.

The person then ran back to the vehicle and entered on the passenger side.

The vehicle then proceeded north on Darby Road and as it travelled past the officer, several Black male occupants were seen.

Due to the recent thefts from mailboxes, McGibney attempted to conduct a vehicle investigation in the 1700 block Darby Road, but the driver fled at a high rate of speed, north on Darby Road and then through neighborhood streets.

As the vehicle traveled on Mill Road, mail was observed being thrown from the vehicle.

The vehicle continued to flee from police and crashed in the 1600 block of Karakung Drive.

Two of the suspects ran and one was apprehended at the scene. Surrounding agencies were notified and Lower Merion police apprehended the other suspects at City Avenue and Haverford Road.