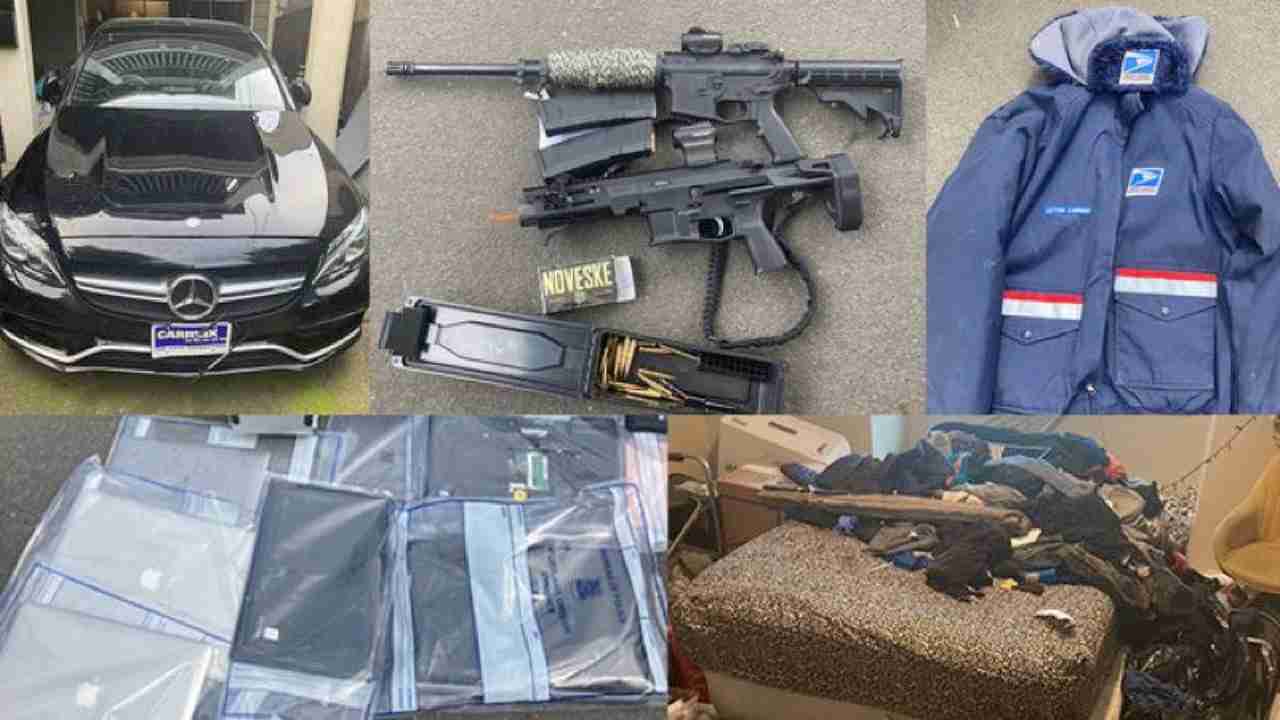 A “plethora” of suspected stolen items were recovered by authorities during a search of a home in North Portland this week, the Portland Police Bureau said on Saturday, June 18.

In a series of Tweets, police said they executed a search warrant at a home near the corner of North Cook Street and North Kerby Avenue. There they found a veritable trove of stolen goods, including three cars, guns, passports, social security cards, a USPS jacket and hat, and mail from more than 30 people.

Police said the investigation started with a night shift officer and became a multi-agency effort, with help from bureau detectives, the Clackamas County Sheriff’s Office, a Special Emergency Reaction Team, and the USPS Postal Inspector.