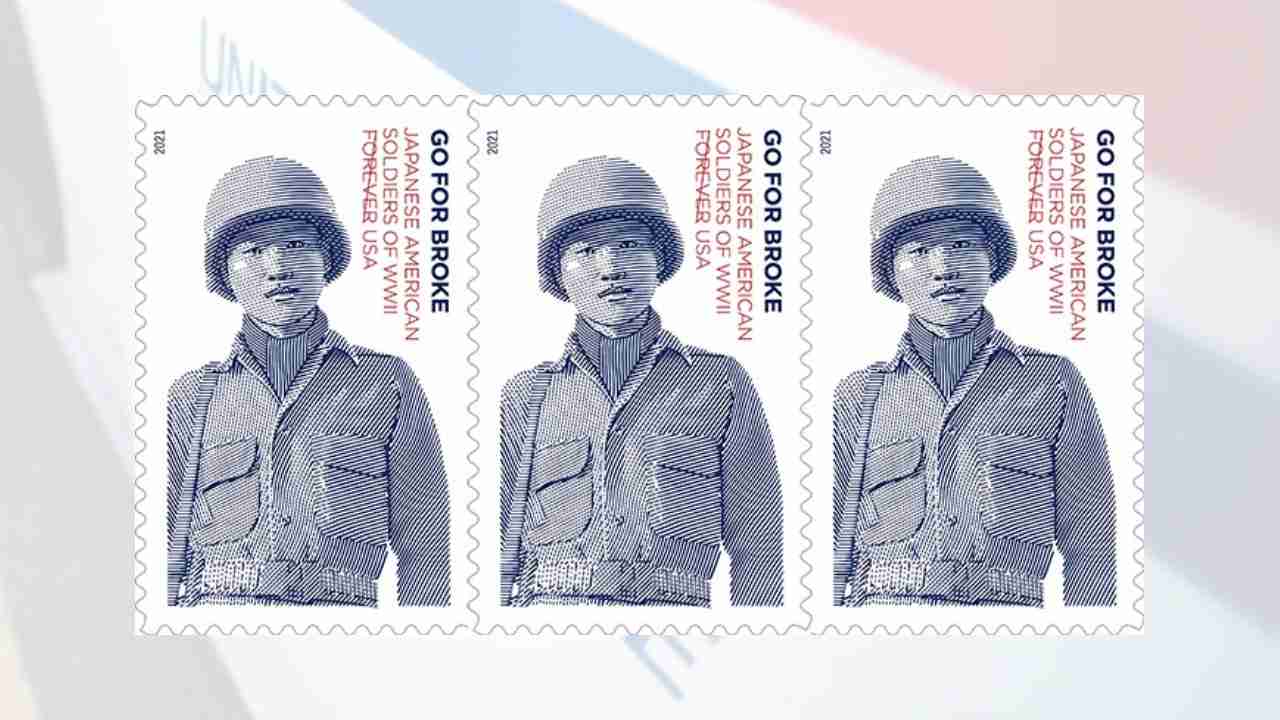 The stamp was designed by Antonio Alcalá and is based on a photograph of a member of the 442nd Regimental Combat Team. The photograph was taken in 1944 at a railroad station in France.

The Honorable Lee Moak, U.S. Postal Service Board of Governors

A pictorial postmark of the designated first-day-of-issue city, Los Angeles, CA, will be available at usps.com/shopstamps.

The U.S. Postal Service recognizes the contributions that Japanese American soldiers made while serving in the U.S. Army during World War II.

For a time after Japan bombed Pearl Harbor, second-generation Japanese Americans were subjected to increased scrutiny and prejudice because of their heritage.

Known as nisei, these second-generation Japanese Americans were eventually able to join the war effort. The Army turned to nisei to serve as translators, interpreters and interrogators in the Pacific theater for the Military Intelligence Service. Nearly a thousand nisei men served in the 1399th Engineering Construction Battalion and more than 100 nisei women joined the Women’s Army Corp. Altogether, some 33,000 Japanese Americans served in the U.S. Army during World War II.

The Go For Broke: Japanese Americans Soldiers of World War II stamps are being issued as Forever stamps, which will always be equal in value to the current First-Class Mail 1-ounce price.