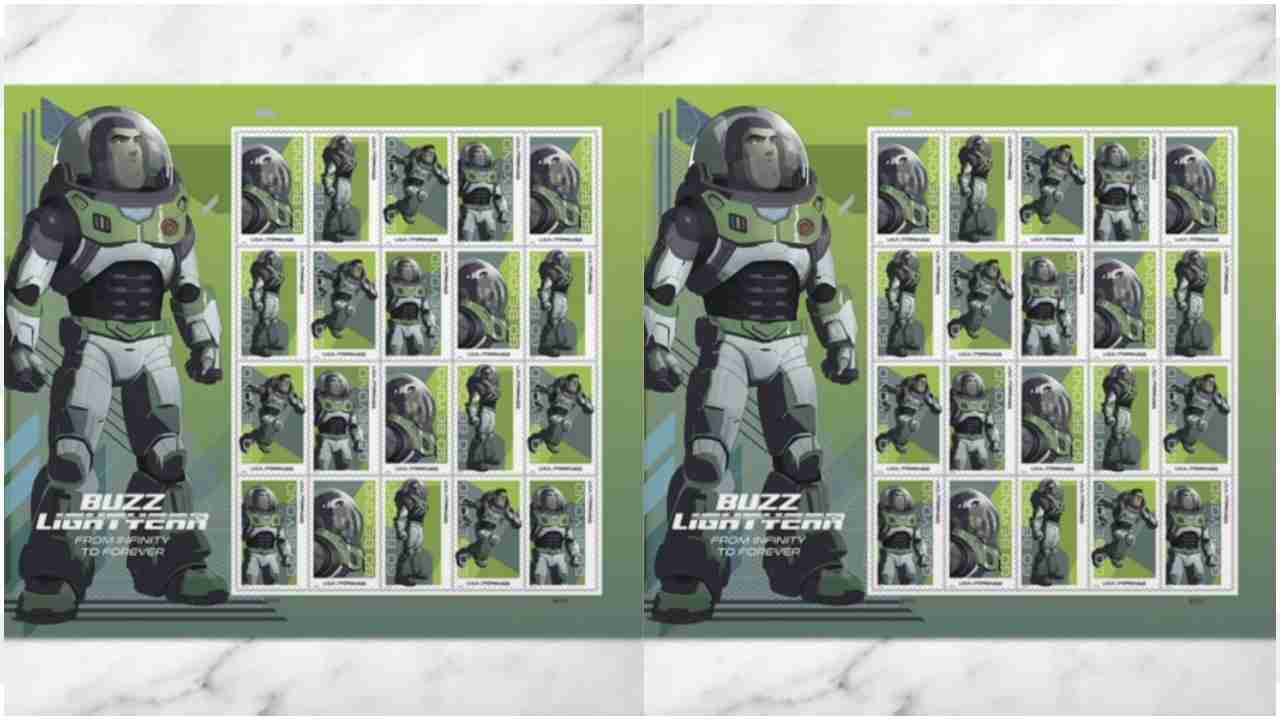 LOS ANGELES — First-Class Mail will travel from “Infinity to Forever” with the newly released commemorative stamps featuring the iconic image of Buzz Lightyear. A dedication ceremony for the stamps was held today at the El Capitan Theatre in Los Angeles, CA.

“Buzz Lightyear captured our hearts and imaginations in the first ‘Toy Story’ movie,” said Isaac Cronkhite, the Postal Service’s chief logistics and processing operations officer and executive vice president and dedicating official. “He taught us about heroism, loyalty and perseverance. And now he is the star of his own feature film — ‘Lightyear.’ Just like Buzz, the Postal Service has also looked to the stars for inspiration. We have many stamps honoring NASA’s accomplishments, including the space shuttle, and the Apollo program that took us to the moon. And then there are our STEM Education stamps that emphasize the importance of science, technology, engineering and math. The Postal Service takes great pride in honoring the very best of the nation through our stamp program. And Buzz Lightyear certainly fits that description. The Postal Service is proud to have worked with Disney and Pixar to bring the Go Beyond Forever stamp to both customers and Buzz fans.”

“We couldn’t be more excited to work with the United States Postal Service to give fans the opportunity to bring Buzz Lightyear home with them! And what a great way to issue this stamp on the same day ‘Lightyear’ is streaming on Disney+,” said Coleman.

Audiences were introduced to Buzz Lightyear in 1995 when he made his debut in the feature film, “Toy Story.” During the three sequels, viewers grew to love Buzz for his charisma, humor, heart and loyalty to his friends.

This past June, the origin story of Buzz was brought to the big screen in the new feature film, “Lightyear,” from Disney and Pixar. The movie takes place years before “Toy Story” and follows Buzz as he tries to get home after being marooned on a planet 4.2 million light-years from Earth. The movie highlights his heroics and explains the inspiration behind the toy millions have all come to know and love.

Go Beyond is a pane of 20 stamps arranged in four horizontal rows of five stamps featuring the image of Buzz Lightyear. The selvage features the full-body image of Buzz Lightyear against a graphic background and the slogan “From Infinity to Forever,” with the word “Lightyear” enhanced by a spaceship streaking through the letters. Each row features the same designs in differing orders. On each row, the first design repeats as the last stamp. All of the designs feature modern, angular, geometric backgrounds in various greens and grayish blue-greens, accentuating the familiar colors of Buzz’s spacesuit along with the phrase “GO BEYOND.”

The images include, in order, on the first row: a right-facing, close-up profile of Buzz in his transparent bubble helmet; a full-body profile detailing Buzz’s gleaming white and green spacesuit, with the bubble slightly extending beyond the frame’s top edge; Buzz sprinting with helmet retracted, in a three-quarter rightward view, the action accentuated by a foot and elbow breaking through the design border; and lastly, a head-and-torso image of the space hero resolutely facing adventures ahead. Greg Breeding was the art director using illustrations from Pixar Animation Studios.

News of the stamps is being shared with the hashtag #GoBeyondStamps.

Customers may purchase stamps and other philatelic products through the Postal Storeat usps.com/shopstamps, by calling 844-737-7826, by mail through USA Philatelic or at Post Office locations nationwide.