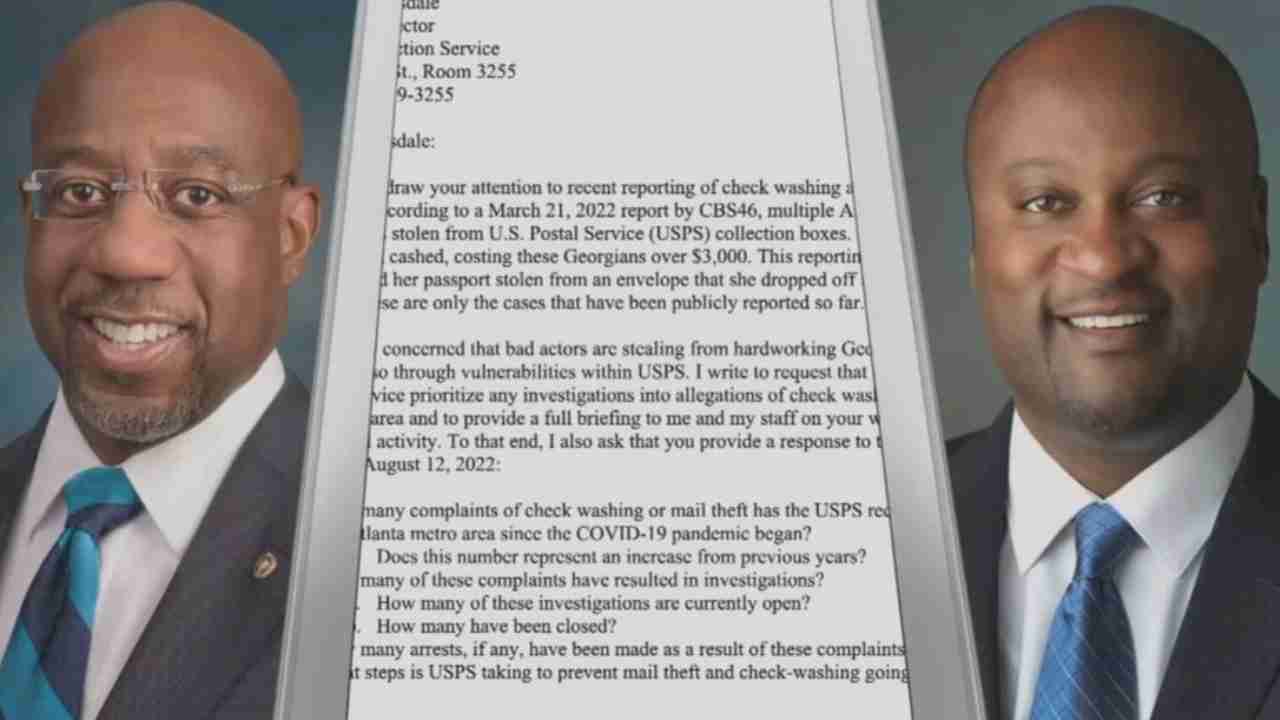 On Tuesday, U.S. Sen. Raphael Warnock sent a letter to the head of the U.S. Postal Inspection Service, asking him to not only investigate CBS46′s findings, but also to provide a full briefing of his work to address the reported issues.

Problems have been plaguing the Duluth post office for months. In 2020, a former postal worker plead guilty to stealing gift cards and cash addressed to at least 15 Duluth residents.

In February, a master key that services mailboxes in two Duluth zip codes was stolen from a postal worker.

In March, CBS46 investigative reporter Rachel Polansky spoke with a Duluth resident who dropped two checks inside a blue box outside the Duluth Post Office on McClure Bridge Road. Both checks were altered – the payee and the amounts were changed. A $73 check was re-written to $2,000. A $24 check changed to $1,165. Both were cashed.

When Democrats allow over 1.4 million illegal’s into the US in one year and some are criminals who know how to steal and counterfeit, how do you expect the USPIS to stop that flood and those home grown criminals from stealing mail from collection boxes. Criminals steal randomly and there is no way to watch every collection box in GA or that in the US. When you have a huge increase in thefts but never increase the amount of Postal Inspectors investigating those crimes things get overwhelming. If the Senator wants more investigations, have the Congress pay for more Postal… Read more »