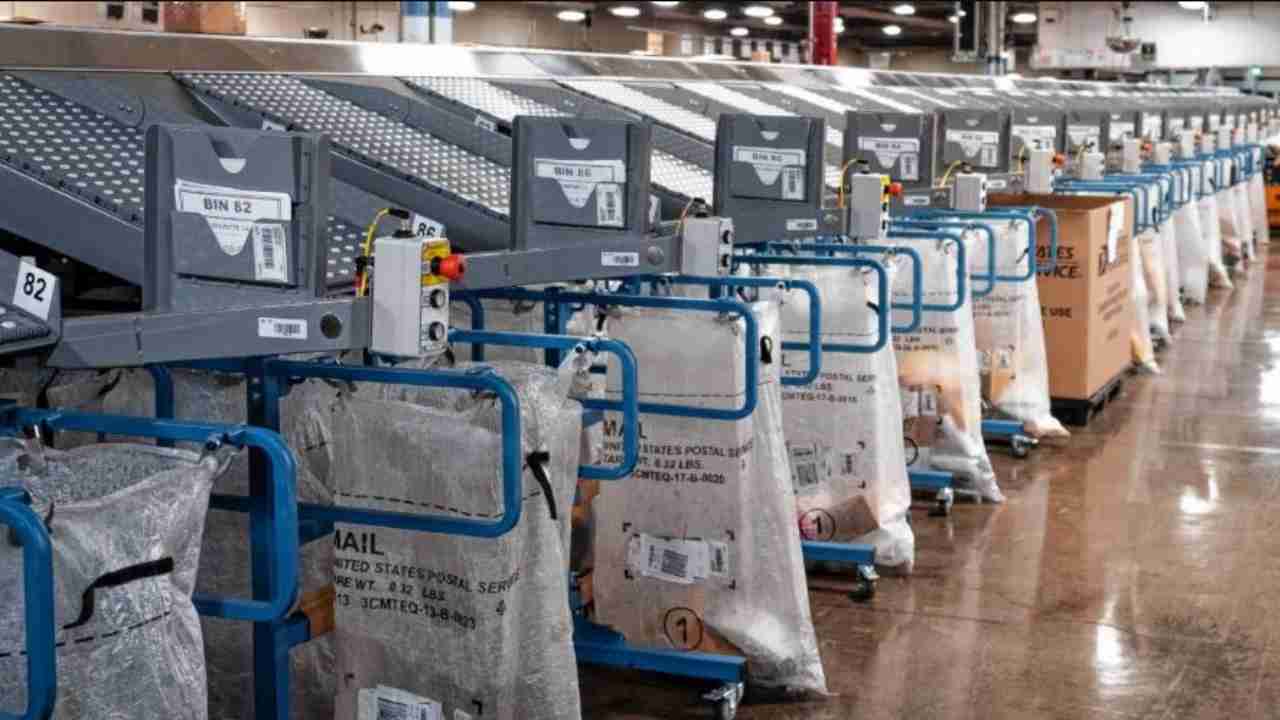 Software-driven automation is all the rage in high tech manufacturing, but there’s a good argument to be made that the state’s oldest public service uses more of it than anywhere else in New Hampshire.

Depending on the time of year, between 150,000 and 930,000 letters, cards, bills and other pieces of mail arrive in this huge building every day, and that’s not including tens of thousands of packages and “flats” such as magazines.

The mail portion is poured into Barney, a giant machine painted purple (hence the nickname). Software reads each address – “You’d be surprised at some of the chicken scratch this picks up,” said Postal Service spokesman Steve Doherty –  and then machines physically sort all those different-sized items at high speed so they can be sent to the appropriate location.

The automated system is so sophisticated that mail is sorted not just by town and post office and carrier route but into what is known as walk sequence, in which the mail in the front of the pile is delivered to the first stop on the carrier’s route, followed by mail at the second stop, then mail for the third stop and so on. Walk sequence is key to mail delivery, but it’s not trivial to accomplish.