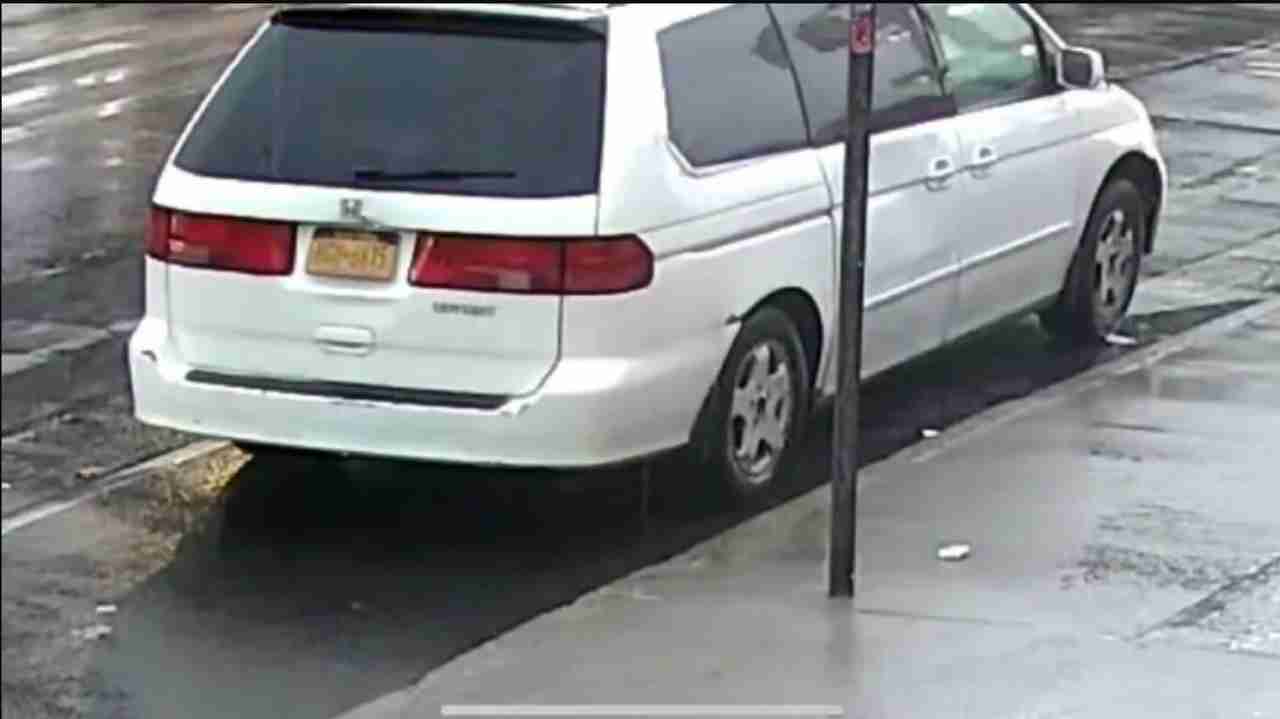 NEW YORK – The FBI is offering a reward of up to $5,000 for information leading to the arrest of a man wanted for a violent robbery of a Bronx post office earlier this week.

They have released a photo of a white Honda van they say the robber used to get away.  Investigators were able to get surveillance video of a partial NY state license plate, with the last four numbers – 6615. There were also small white shoes hanging from the rear-view mirror of the van.

The armed robber got away with more than $100,000 and 1,000 blank money orders from the post office, according to the NYPD.

The robber walked up to a 56-year-old U.S. postal worker in front of 1163 Castle Hill Ave. in Unionport at about 7:15 a.m. on Tuesday and hit her in the head with a black gun.

Her husband, who had walked away after she got to work, heard her screaming and ran back.