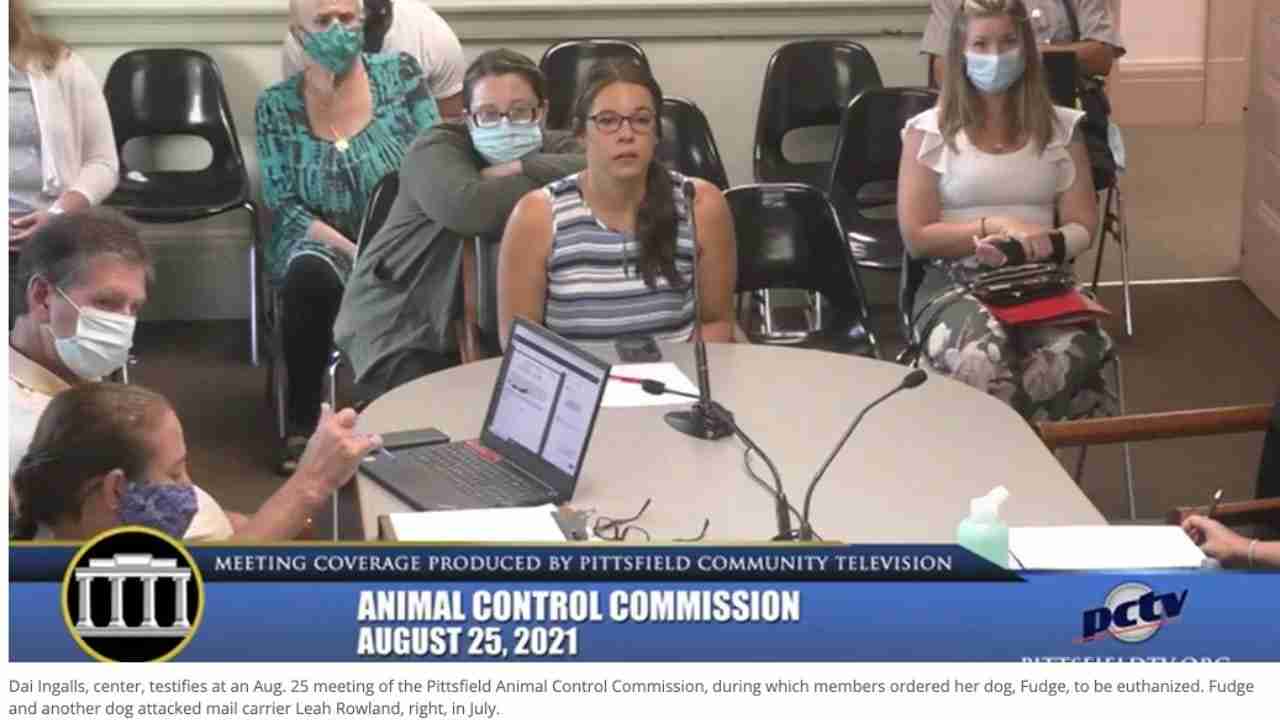 PITTSFIELD — It was a “beautiful” Saturday afternoon in late July when mail carrier Leah Rowland reached a Ridgeway Avenue home along her route.

Residents were buzzing about outside. Among them was Dai Ingalls, who was in her backyard as Rowland walked up to her front door to deliver the mail. She typically kept her front door closed, but July 31, after having finished mowing her lawn, she had only her screen door shut.

As the postal worker approached the home, uniformed and holding mail in her right hand, Ingalls’ two dogs bolted through the screen door, Rowland said. The mail carrier, who recently had learned that she was pregnant, moved quickly to block the door with her foot, but the dogs barreled on and began to attack her.

With mail in her left hand, Rowland tried to grab her dog spray with her right hand, but one of the dogs bit down on her left arm, then the other bit her hip. Eventually, she said, she fell to the ground and cried out for help as the dogs continued to bite.

“We had just found out we were having a baby on Tuesday,” she told members of the Animal Control Commission on Aug. 25. “So, I’m at this point about seven weeks pregnant, so, my initial instinct was to protect my torso and my neck.”