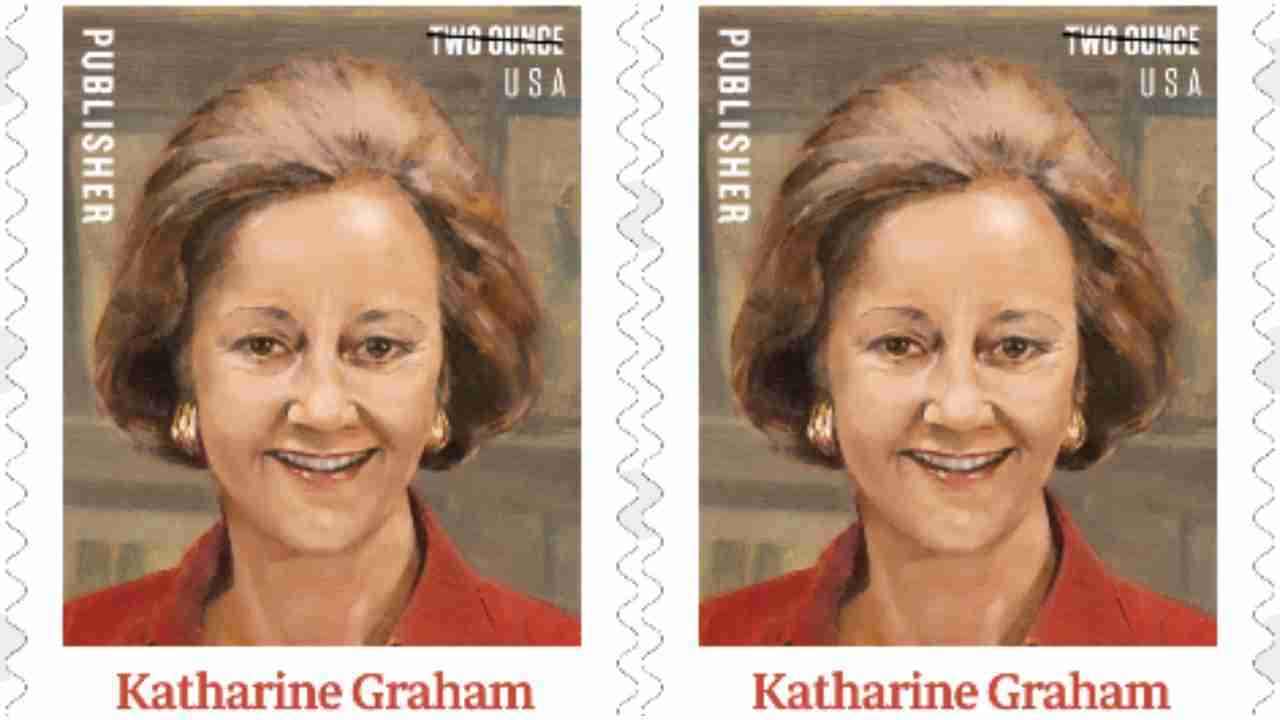 The U.S. Postal Service honors Katharine Graham (1917–2001) as the first female head of a Fortune 500 company and a pivotal figure during turbulent moments in U.S. history with the 17th stamp in the Distinguished Americans series.

The first-day-of-issue event for the Katharine Graham 2-ounce mail stamp is free and open to the public. News of the stamp is being shared with the hashtag #KatharineGrahamStamp.

Dedication ceremony attendees are encouraged to RSVP at: usps.com/katharinegraham

Born in 1917, Katharine Meyer was 16 when her father, Eugene, purchased The Washington Post at a bankruptcy auction in 1933. At the time, the paper was the least successful of the city’s five daily newspapers. She grew up in Washington. After graduating from college and working at a newspaper in San Francisco, she returned to Washington in 1938. She then met a young law clerk named Philip Graham and they married in 1940.

After being groomed to run the company, her husband died unexpectedly in 1963. Katharine Graham went on to learn the business from every angle and lead The Washington Post to the forefront of some of journalism’s biggest moments. These included the publication of the Pentagon Papers in 1971 as well as the paper’s tenacious investigative reporting on the break-in at the Democratic National Committee headquarters in the Watergate Hotel in 1972, which led to President Richard M. Nixon’s resignation in 1974.

An author herself, Graham’s candid memoir, “Personal History,” won a Pulitzer Prize in 1997. She died in 2001 and was posthumously awarded the Presidential Medal of Freedom in 2002.