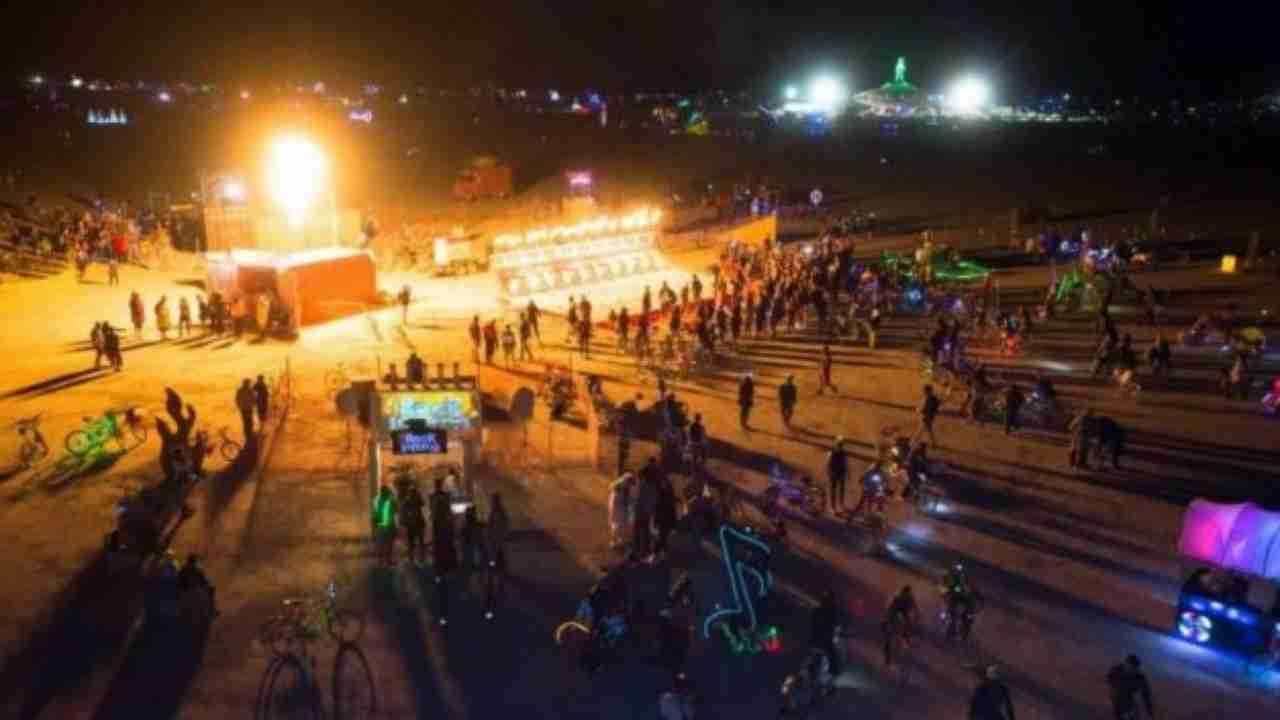 Black Rock City in Northern Nevada becomes a temporary city of 80,000 people during Burning Man, and one of the elements that make it an actual city is the post office.

Yes, you can deliver mail to someone at Burning Man. And people there can mail things to one another within the temporary city.

But our State of Nevada producer Paul Bolger discovered the post office’s main goal is building connections with the people there: between the burners, and between burners and the post office, especially burners who might be feeling a little lost and lonely, even among those 80,000 other people.

Bolger is embedded at Black Rock City and talked with a postal worker about making those connections.

“To make it perfectly clear, we are not part of the U.S. Postal Service. We are a theme camp, a Burning Man theme camp,” the postal worker said. “And we’re actually a creative interaction theme camp. We use postal services as a means for interaction.”

“So we have a lot of really interesting one-on-one interactions at the window in our post office. And we also deliver mail all over Black Rock City, which also leads to a lot of other very interesting, curious, exciting, hilarious, deeply touching kinds of interactions.”

Hear more about this in the interview above.

How can I get someone to send me a postcard with a clear cancel of the “Burning Man”?