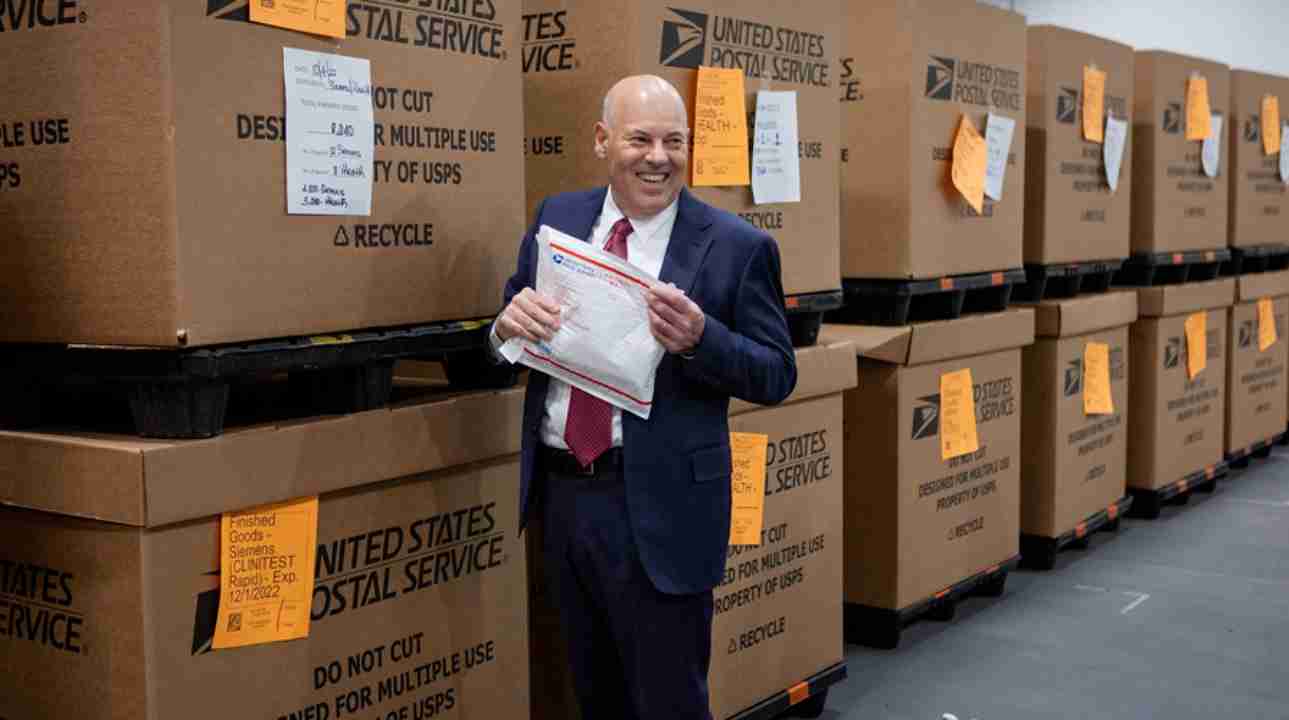 Postmaster General Louis DeJoy made stops in Nevada and California recently, speaking at industry gatherings and meeting with employees at several work sites.

He addressed multiple topics during the visits, including efforts to construct modern, streamlined facilities to improve the movement of mail and packages; ongoing investments in postal infrastructure; and the conversion of precareer employees to career status.

The tour began in Nevada, where DeJoy spoke at the Printing United Expo in Las Vegas and at a USPS employee meeting in Henderson.

Visits to Henderson’s Valle Verde and Seven Hills stations, as well as the mail processing annex and processing and distribution center in Las Vegas, rounded out that trip.

A tour of the network distribution center in Richmond was also on the itinerary, as was a visit with executive and administrative employees in San Francisco.

“The Postal Service is making steady progress in our work to become a high-performing organization,” DeJoy said. “I appreciated the opportunity to meet with our employees and customers and update them on our Delivering for America plan, as well as to hear their ideas on how we can continue to build on our success.”