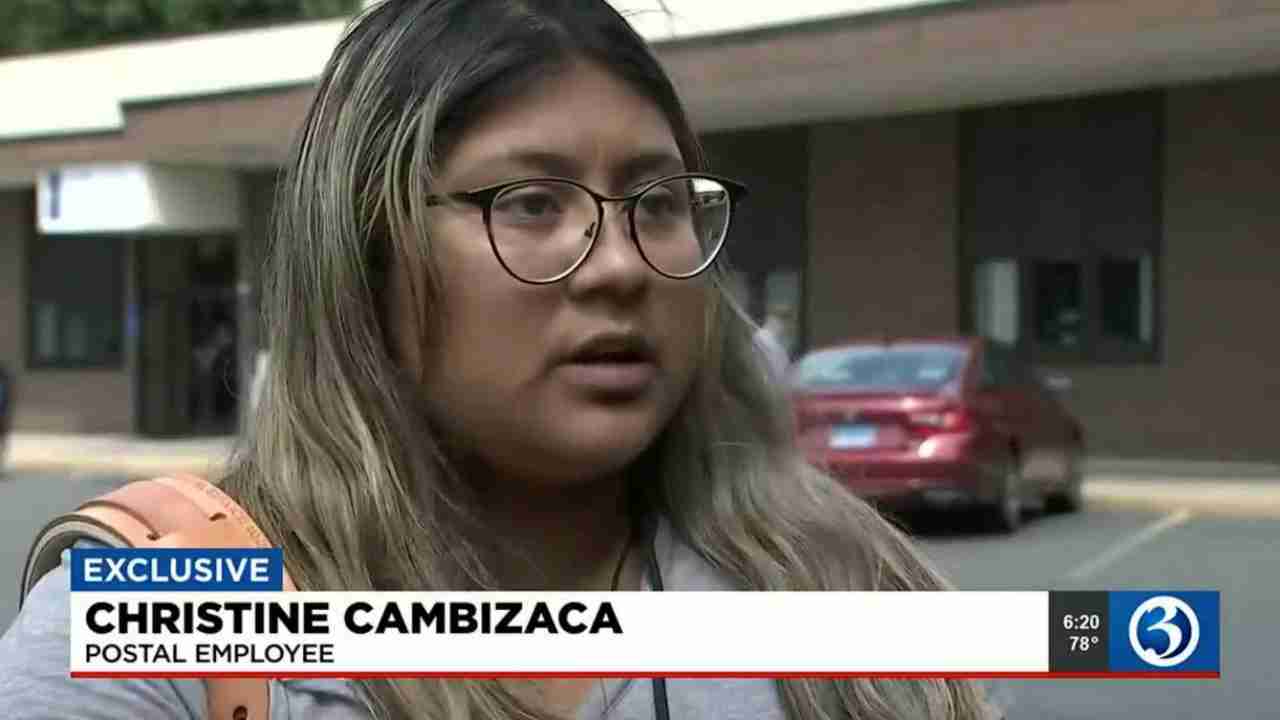 She sprang into action to help a woman who was being beaten up.

It happened in Torrington this week.

“I knew something was wrong,” said Christine Cambizaca.

Christine described the moment she saved a woman during an assault.

‘She was very bruised,” Christine said. “She was bleeding.”

She’s a mail carrier in Torrington and was delivering mail Tuesday on Blinkoff Court.

The woman had been beaten in a park nearby. Then she sprinted over to Blinkoff Court, saw Christine in her mail truck, and begged her for help.