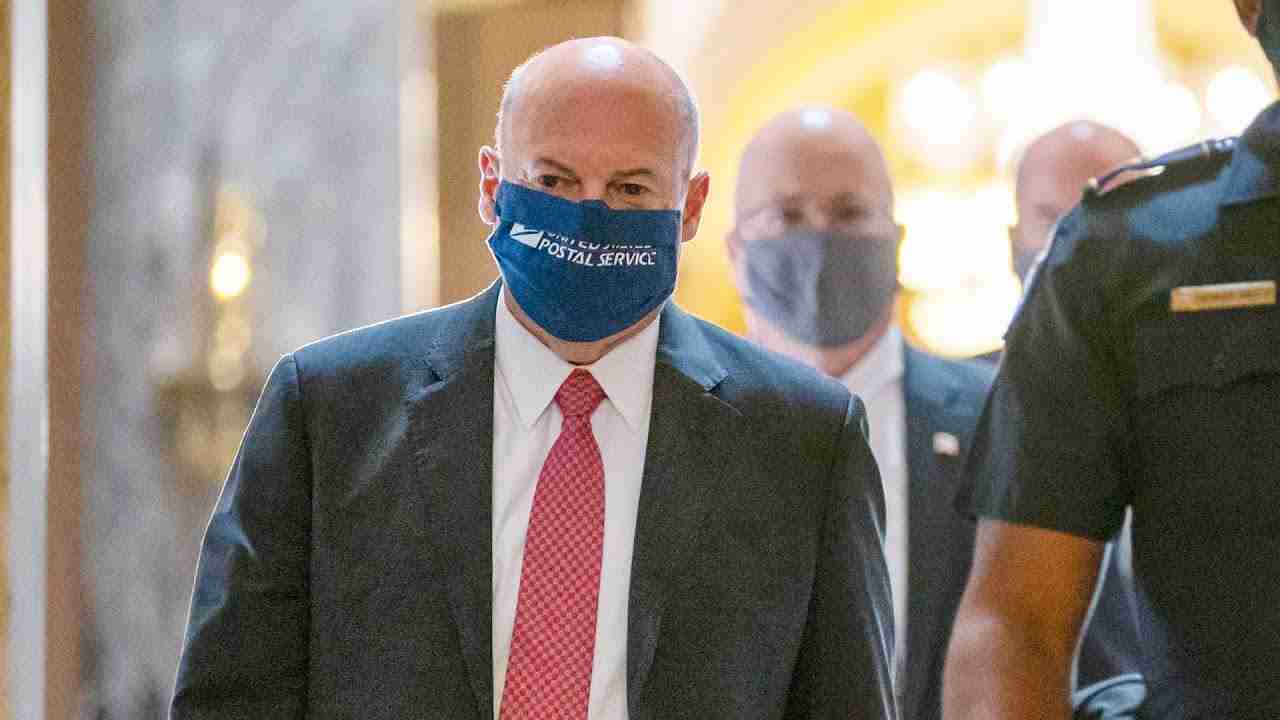 Postal officials argued, as they have in several lawsuits, that mail delays resulted from local supervisors misinterpreting and misapplying DeJoy’s reforms and that mail should have never been left behind. Marrero said, however, it was clear USPS management communications led to “conflicting signals or confusion” and messages local leaders gave to employees reflected how they “perceived the content of DeJoy’s expectations.”

“This demonstrates a stunning lack of uniformity and a high level of confusion at various points in the USPS hierarchy regarding the standards to be followed by USPS employees on the ground,” the judge said, later adding, “The court is left with little reason to believe that the USPS policy and operational picture will be any clearer for postal employees as the November election approaches.”

Front-line supervisors and employees have said they were simply following direction from headquarters when running trucks from processing plants on a set schedule, even if that meant leaving mail behind. It seems unlikely, some have said, that employees on the ground all misinterpreted DeJoy’s changes in the same way at the same time. Marrero specifically suggested the blame fell on management’s shoulders.

Make adjustments to get mail done before departure time it nice getting mail at a set time not ten o’clock because the truck had to wait for ten packages truck departure should be adhered to no matter what ask the carriers who are out to nine ten o’clock because their mail didn’t get to P.O. because of truck only certain people get help in our office the rest are left out we need to do something about post masters please let employees have a place to comment on post masters then upper management can find out what’s really going on

Ok, trumipian qanon idiots, like the pizzagate people have been accurate on anything. Quit dropping lsd and thinking your having intelligent thoughts

The blame does fall on management. They do not understand how the mail is delivered let alone how to manage the mail. They are after all mental midgets literally every single one. I’m retired after 21 years and in 21years never have I seen the level of mismanagement from top to bottom then in the P.O. and I’m retired military. If you want to know how to fix management ask the workers first off cut management by at least 50% at least. You don’t have to look far look at how many management UPS has or FedEx you will automatically… Read more »

I am retired from the usps after 30 years I never seen anything thing like dumped mail we are responsible for the American people to make sure they get the service they need. Get rid of Dejoy now Lock his as up.

I agree Dejoy is as crooked as the rest of them. The USPS has been a mess, the Repubicans started cutting funds and making them pay for retirement ahead 70 yrs breaking any all precedence so he didn’t have to do a helluva lot to muck it all up. The whole administration is a cancer

Dejoy is just a stooge, he and his handlers need to spend some time in our lovely private prisons.

I don’t blame Dejoy its been mismanaged for a long time. Reduction in management should make us solvent again….way too many supervisors not doing anything to help us get to where we need to be financially.

It’s United States Postal SERVICE. Profit and solvency are not the intended goal. The goal is to get the mail to the American people

Post office was in good shape until congress made them fund a crazy amount of retirement, i believe that falls on republicans, the party of, if it isn’t broke, fix it till it is. We own a small online business and use usps as our primary shipper with 0 issues until recently. Now, lost packages, damage and delayed deliveries is affecting our rating, so i have a stake in this one. Kinda od that president runs mail in voting into the ground and puts one of his biggest donors in over usps, if you cant see the set up and… Read more »

Obama’s first two years he had all houses of Congress on his side and he simply could have done an executive order eliminating the postal enhancment Act of 2006. But the Democrats did nothing for eight years they have office. the first two years they could have done anything they wanted! So no matter what party is in charge it doesn’t matter, the post office is a cash cow for the government and that’s always been that way since my mom started in 1966!

Dejoy knows exactly what he is doing. Deliberately slowing down the mail to interfere with this important election!!! I retired last year from the post office after 25 years. I know how the post office operates. Management gets their instructions from headquarters. They have meetings and they have to do exactly what they are told to do. They treat employees like they are the enemy because they are told too.They are up under a lot of pressure because of headquarters.I have seen managers come back from meetings so shook up they could barely work. It trickles down to how they… Read more »

After 21 years I can agree that management has no backbone. Our office has some of the hardest working people I know. Our midnight shift has no supervision, but we get the mail out everyday because we pride ourselves with the work we do. And still, supervision won’t always back us up when we need it. Upper management (state), has supers and posrmasters running scared of their jobs. They think workers don’t know what’s going on, but we do. We know how the mail should be worked to get out on time if management would leave us alone.

I am so glad to read the posts here and seeing intelligent people commenting. Now what we need is for all of them to go vote in November.

People are getting fed up with the Senate letting thing go I remember when the Republicans had their convention in Philadelphia the UPS gave millions of dollars to the waltwithman bridge that year. They even gave money for all their higher ups to go to Bousiloner for the games.

My post man,40 yrs of service tells DeJoy took out gov sorting machines put his in owns the software making money, Conflict of Interest,he also said that the quality of the Post Office is embarrassing!

will you post the link to the information you said about Dejoy implementing his own software….i cant seem to find that on Google machine…could it be that your postman is telling you a false narrative?

One needs only listen to daily teleconferences between city operations managers and/or city postmasters and front line supervisors to see how upper management might feel about front line supervisors ‘misinterpreting’ what ANYBODY above them has directed as policy and how likely this theory of the PMG is based in reality.
It’s not surprising that they’d throw them under the proverbial mail truck, though.

If you really want to make a difference let’s talk about what DeJoy has done for the post office! Has he sent the offices, and/or the plants any protective gear for this virus? These people are literally ON the front line, and have been this whole time! Any gloves or masks? Not a chance! He goes into court wearing this usps mask, but does not even give his employees them or make them readily available. No he tells the employees that if they go and get tested for this disease its on THEIR time! Anyone that calls in from this… Read more »

Fire these A holes especially Dejoy and hold them accountable in a court of law! This was all planned by Trump. The costs of installing new sorting machines should come out of Dejoy’s pocket!

I think so to Dejoy needs to pay

He wants to own the post office. He belongs in jail. This is the most blatant, out in the open crime ever perpetrated on the American people. It is a crime listed in the constitution to obstruct the gmail. There will be hell to pay.

I personally think that our DEMOCRACY is at stake because of TRUMP putting his appointment of this so call Postmaster GENERAL in charge of destroying 80% of the high speed letter processing machine !!!I also think BOTH SHOULD BE CHARGE FOR THIS TRESONOUS ACT !!!