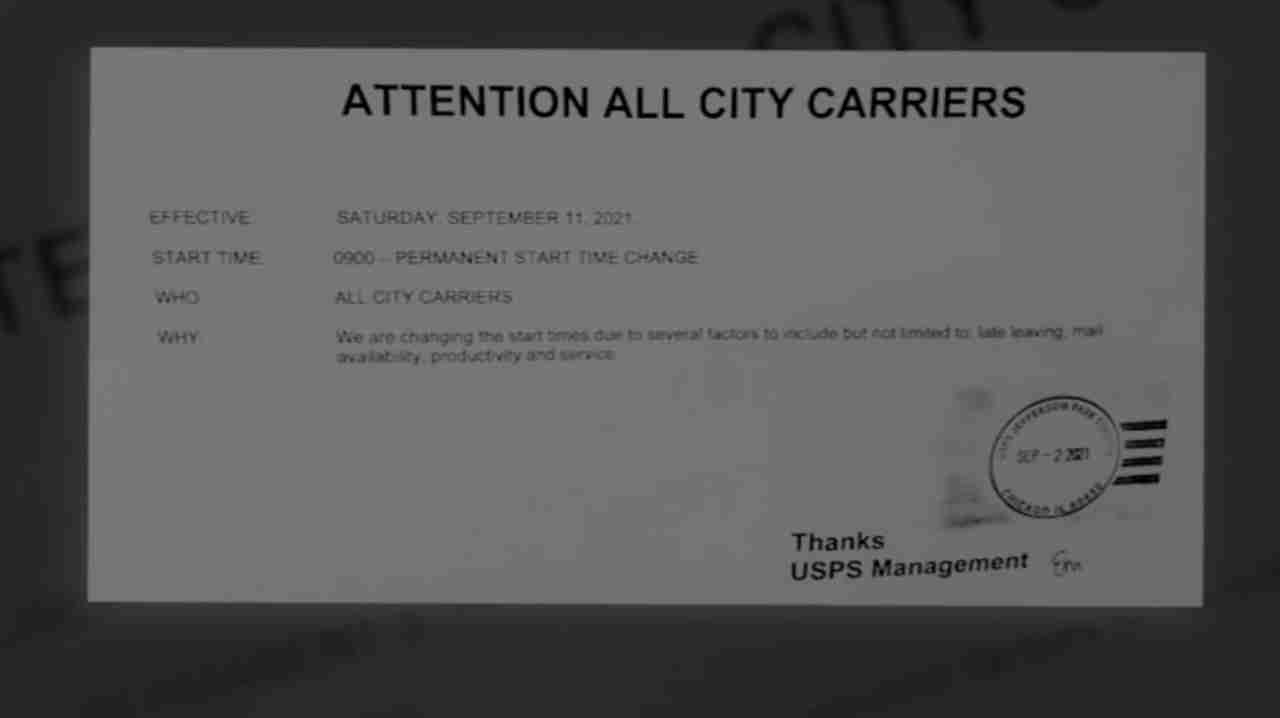 A memo posted locally alerts carriers that there will be late starts as of September 11.

The memo, obtained by ABC7, shows proposed start times. Many are marked to start at 9:00 a.m., except three areas, which will remain early with a note next to them that says “violence.”

“It will have them out on the streets in the dark. If they have to do that overtime to get the mail delivered and it’s dark, they are not going to do it,” said Mack Julion, president of Branch 11 Chicago for the National Association of Letter Carrier. “We tell our carriers, if you need a flashlight to deliver mail then, it’s time to stop delivering mail.”