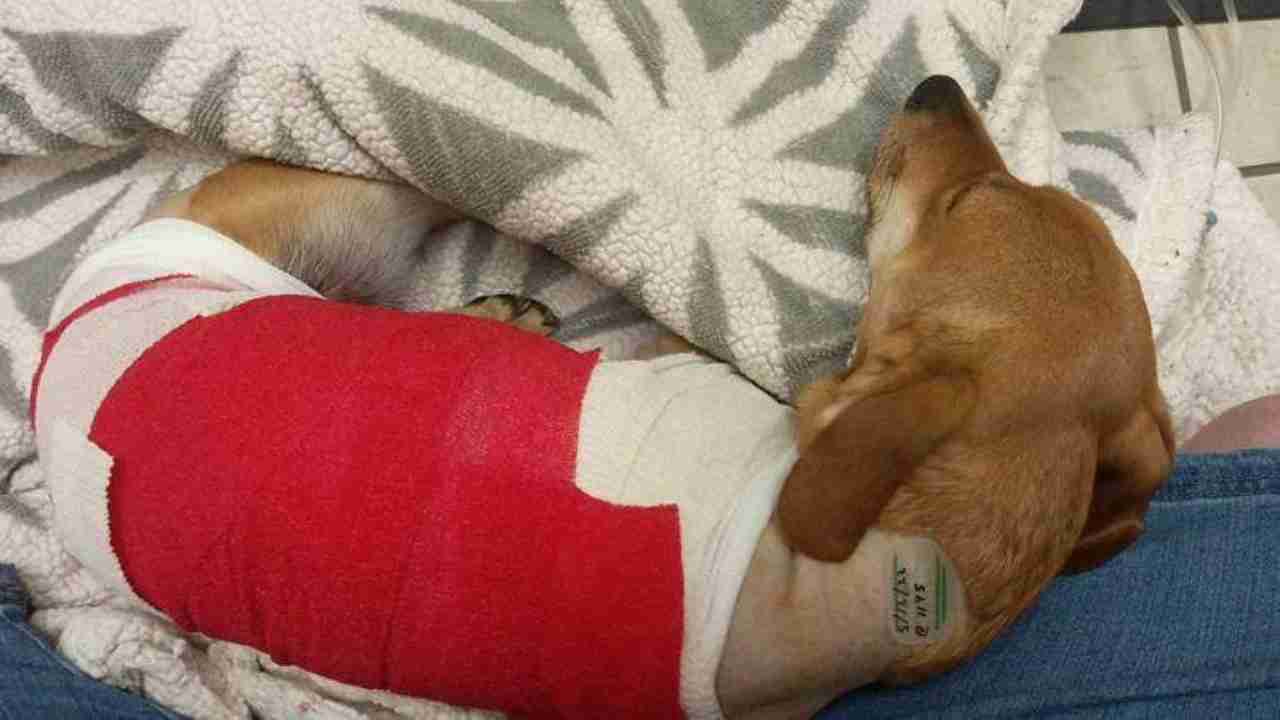 REDDING, Calif.- A beloved pet is fighting for its life. Its owner is upset at the U.S. postal service, who he says a mail delivery truck ran over his dog and took off.

James Dungan can’t hold back the tears. He lives on Magnum’s way in Redding. He says his dog Harley was crossing the street last Tuesday when the postal truck slammed into him.

“If the skin graph doesn’t take, then there is only one other option not to make him suffer anymore, and I don’t want to do that. ” Dungan said that dog is my boy, and I miss him.”

Dungan says the mailman was speeding when he hit his dog crossing the street.

“The mailman was speeding through the area broke pretty hard and didn’t break until after hitting my animal, dragged the animal under the vehicle pretty far,” Dungan said.

Dougan caught it on his surveillance cameras, the truck hitting and dragging his dog, and an eyewitness. She didn’t want to be identified but told us it looked like the car was speeding up.