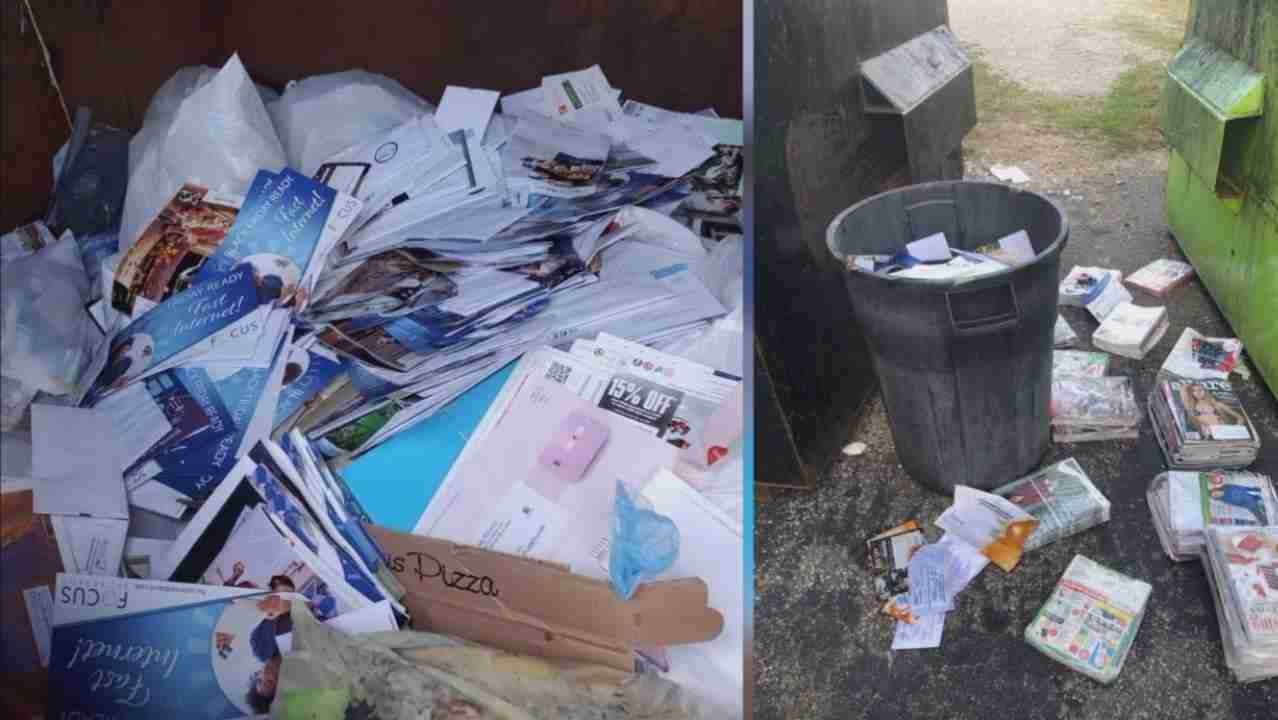 BRUNSWICK COUNTY, NC (WWAY) – A significant amount of mail was discovered in a dumpster at Oak Island Beach Villas on Caswell Beach Road on Tuesday.

Jerry McCarthy makes it a habit to check his dumpster for unauthorized items such as appliances, computers, or hazardous material.

This time it was different, McCarthy found a pile of mail thrown away in the dumpster near his home.

“I noticed some mail, and I picked up the mail and I realized that it wasn’t at this address,” he said. “Then when I picked up the other mail it was from the west end of the Island.”

At first, he thought someone cleaned out their mailbox – but soon realized it was undelivered mail.

What bothered McCarthy most were the Thanksgiving and Christmas cards, along with bills mailed to customers.

“I mean those poor people, right, the grandmothers, the people that had Christmas cards, Thanksgiving cards, right, birthday cards, it’s not right, we’re putting trust in these people to deliver our mail,” he said. “It’s what our taxes are for.”

McCarthy contacted the Caswell Beach Police Department – who reached out to the postmaster.

According to Police Chief Sam Massey, the postmaster said the mail would be delivered.

“He responded and took custody of the mail and said he would make sure it was delivered and that he would handle it appropriately,” he said