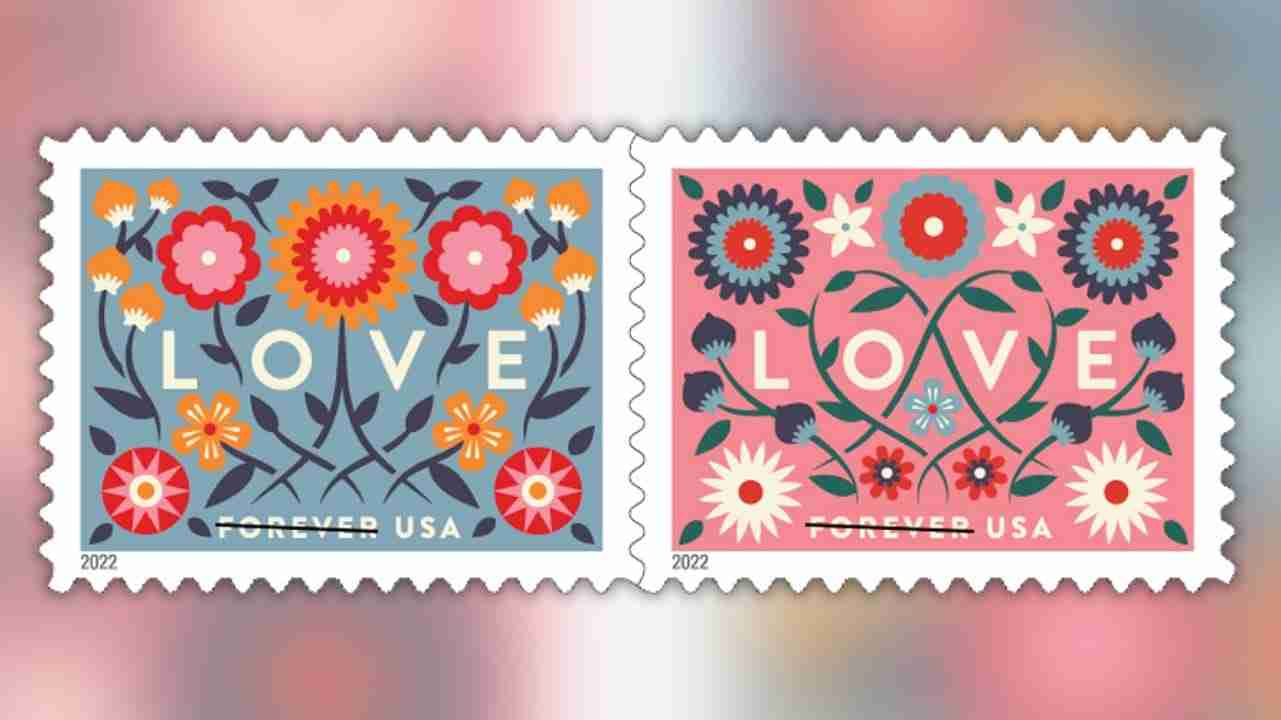 The latest in the Postal Service’s popular Love series of stamps will be released Jan. 14.

The stamp comes in two designs inspired by European folk art and features the word “love” surrounded by digitally illustrated flowers and vines.

Each stamp has either a pink or blue background with vibrant accents of complementary colors.

The Love stamp will be the Postal Service’s first release of the year. The early release date leaves ample time for valentine senders to purchase the stamps.

Once again, Bailey Sullivan was the illustrator and designer and Greg Breeding was the art director, as they were for last year’s Love stamp.

The Love series began in 1973 with Robert Indiana’s famous pop-art “love” with the tilted “o,” a design he originally created for a Museum of Modern Art holiday card. The series picked up again in 1982, and the releases came with regularity after that.

Since 2004, USPS has released a Love stamp annually.

This year’s stamp will be available at Post Offices and usps.com.