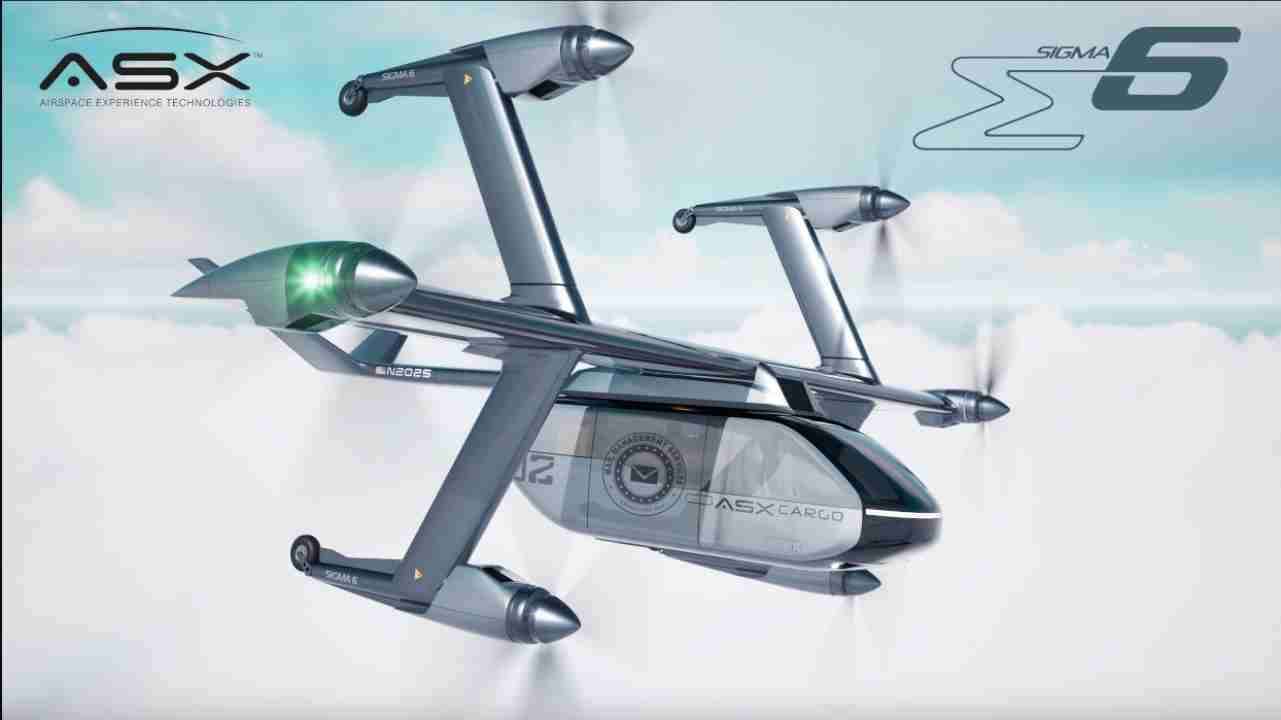 Announced at CES in Las Vegas on Jan. 6, the agreement will see ASX begin deliveries in 2025. It comes as part of an effort by MMS to electrify its fleet and infrastructure across its facilities, which are located in Colorado, Michigan, Missouri, Nebraska, Texas and Wisconsin.

“They’re really looking at using these vehicles to support bulk mail distribution from their distribution centers–most of which are located adjacent to USPS facilities–to their urban stations in the region,” ASX co-founder and CEO Jon Rimanelli tells Aviation Week. “Right now, they’re delivering everything by truck, and in urban areas, those trucks are stuck sitting in traffic a lot of the day. So, they’re trying to improve the efficiency of their delivery by skipping over all that congestion.”

The ASX Sigma-6 is notable for its modular payload system that allows for interchangeable plug-and-play payloads for defense, cargo and emergency response missions. The battery-integrated containers can be easily swapped out in minutes between trips, eliminating the need for charging.