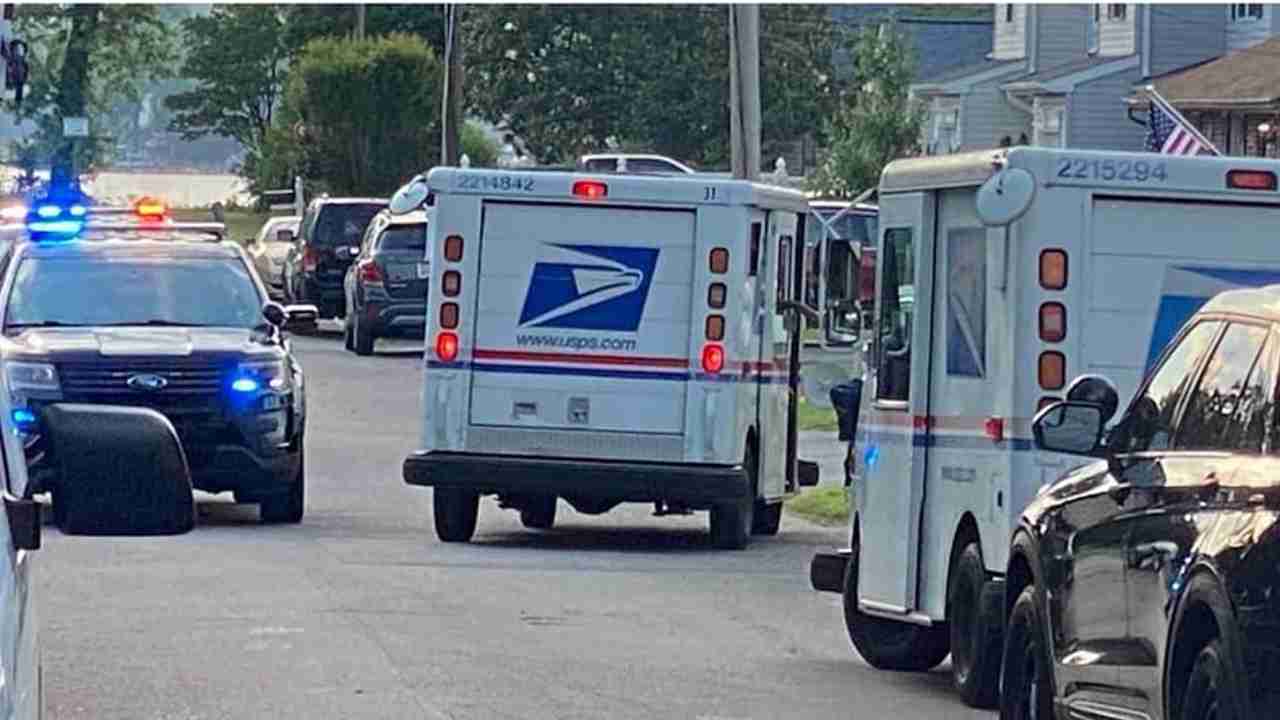 A postal worker was arrested in Pasadena on Tuesday after Anne Arundel Police say he rammed his mail truck into another during an argument with a coworker who he told officers was his girlfriend.

Jlyn Kyon Hampton, a 21-year-old Baltimore man who is a U.S. Postal Service employee, was charged with first- and second-degree assault as well as reckless endangerment for the incident. Police said in charging documents that a witness told them Hampton and another worker had been arguing in the roadway on Rugby Road before the woman drove off in her mail truck as the man followed her.

The two circled the block and the man crashed his mail truck into the woman’s truck, police said. Surveillance footage showed him breaking a bottle on the hood of her vehicle.

Hampton told police he drives his girlfriend, who is his co-worker, to work, and that she had followed him to “harass him in reference to alleged infidelity,” charging papers say, causing him to lose his composure and strike her mail truck with his.

The woman first said they were dating, but she “became less than forthcoming with information” as the interview progressed, later denying they were in a relationship, according to charging documents.

When Anne Arundel County Police arrived at the scene, Hampton continued to deliver mail until officers placed him in handcuffs, charging papers say. He was arrested and charged, later being released on $1,000 bail. He is being represented by a public defender.

The Postal Service did not return a request for comment on the matter.