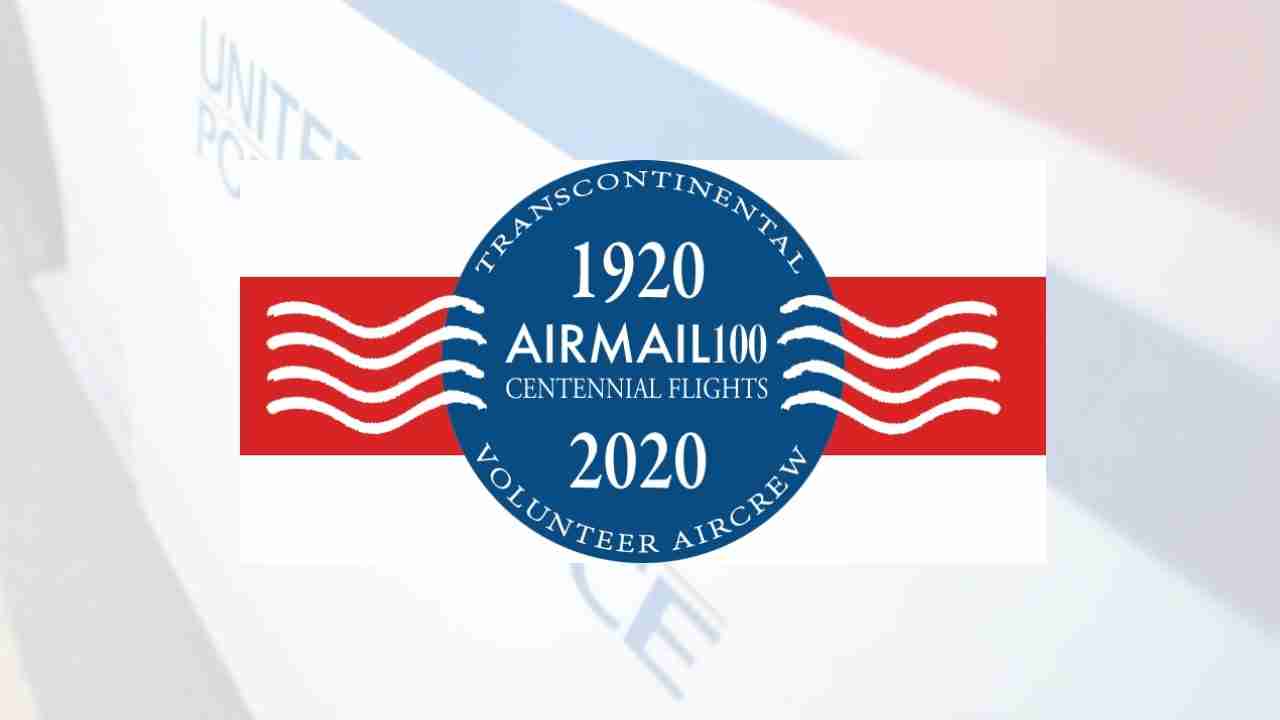 What:
A century ago the United States Post Office Department had a vision to thrust the nation into the forefront of global aviation leadership. With concentrated efforts and the dedication of a few hundred fearless pilots the takeoff of transcontinental air mail service connecting the East and West Coasts was in full service. To commemorate the centennial anniversary of that service the AirMail100 volunteer pilots flying their personal aircraft, will retrace the pioneering 1920’s flightpath along the 2,560-mile route from New York to San Francisco with a stop at Buchanan Field in Concord.

The September 8-11, 2020 recreation of the flight path will mark the 100 anniversaries to commemorate that historic event, AirMail100 volunteer pilots will travel along the original 15 segments, stretching over 200 miles each. Along the route, pilots will be collecting hundreds of commemorative postcards sent by Scout troops from communities that once hosted the original 16 airfields established by the Post Office.

“The first flight departs at Republic Airport on Long Island. Its destination is Bellefonte, PA,” explains AirMail100 event coordinator, Bill Moore, based in Omaha, NE, also site of one of the early air mail fields. “That plane will be met by another that will take over the mail sacks and fly them on to Middlefield, OH. Working in relay, adding more postcards and letters along the way, the entire project will, as it was in 1920, take 4 days, with overnight stops in Joliet, Cheyenne and Carson City.”

The end of the relay will land at the Marina Green in San Francisco where the commemorative postcards will be turned over to a San Francisco Postal Representative to be put into the mail stream.  A special cancellation has been designed to commemorate the landing.

But in the process, their sacrifices not only inspired legends but more importantly spurred technological innovation that would drive the nation into the forefront of aeronautical engineering and leadership in safe, reliable, fast commercial aviation. Airmail delivery, daily except on Sundays, became part of the fabric of the American economy and spurred growth of the nation’s aviation industry.

For airmail service to succeed in the early days of flight, the Post Office had to develop profitable routes, such as between New York and Chicago, and to establish the infrastructure for safely making night flights. It set up lighted airfields and erected hundreds of airmail guide beacons between New York and San Francisco so that by 1924 regularly scheduled, transcontinental flying was possible, day and night.

In this recreation, volunteer pilots will traverse the same path as the intrepid pilots did a century ago. While many of the original airfields have disappeared, a few remain: Iowa City, North Platte, Cheyenne, Salt Lake, Elko and Sacramento.

“In total, we have some 40 pilots who volunteered to fly one or more of the legs,” says Moore. “We are very pleased with the response, especially because the complications COVID-19 has posed to a project of this type.” According to Moore, it is a way to pay respects to those early pilots and how we benefited from what they achieved.

The occasion will include a special memorial to friend of the AirMail100 organizers, John Davi. Davi organized among many things, the Young Eagles Program, a unique Bay Area program that offers free airplane rides to youths aged 8-17 years old. Under John’s stewardship, the effort was a resounding success and each month hundreds of eager children are given free flights over the S.F. Bay Area.