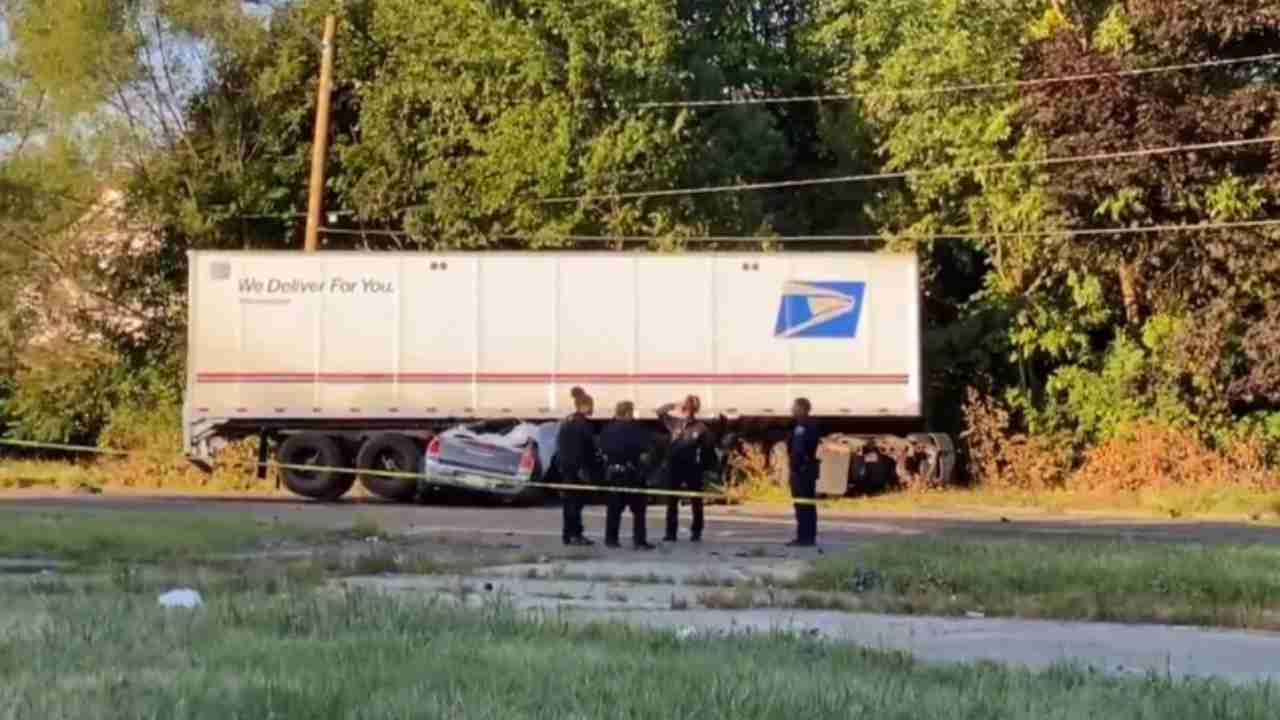 DETROIT (WWJ) – A suspect wanted for firing shots into a car and a home is dead after his vehicle collided with a semi truck while fleeing from Detroit police Tuesday morning, WWJ’s Charlie Langton reports.

Langton said there was a heavy police presence on Houston Whittier St. and Chalmers just after 8 a.m. surrounding a Chrysler 300 crushed under a postal truck.

The driver of the Chrysler was pronounced dead.

“It’s a gruesome scene,” Langton said as Detroit fire crews had to use the Jaws of Life to free the body from the vehicle that had been draped with a tarp.