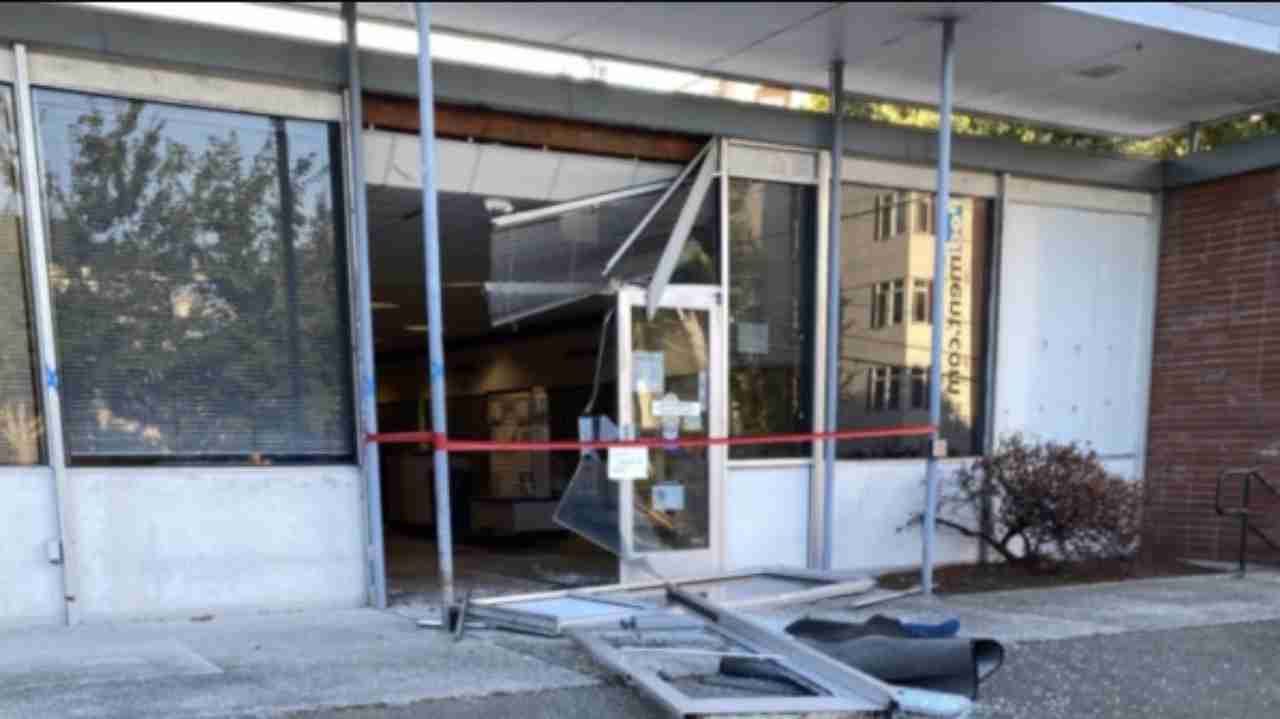 SEATTLE — A group of burglars used a truck to steal a kiosk from a Ballard post office early Thursday morning, according to the Seattle Police Department (SPD).

Police received a report that three men in a pickup truck used a chain to rip the front door off a post office on the 5700 block of 17th Avenue Northwest around 4:30 a.m. Thursday. They then sped away with a self-service postage station.

“Very scary,” said Ballard resident Mark Doiron. “I recognize and talk with a lot of these postal employees, and that’s a pretty scary thing for them to go through.”

Investigators don’t believe the thieves got away with anything of value. Police later found the suspects’ truck and the postal machine on the 7200 block of Detroit Avenue Southwest.

Detectives continue to search for suspects, according to the SPD.

There is no money in the kiosk so why did they steal it? Are they that stupid or did they do it for other reasons like to get all of the credit card info off of the computer equipment stored inside. USPS need to put more cameras and updated alarms but the USPS needs new delivery vehicles before any of that can happen.